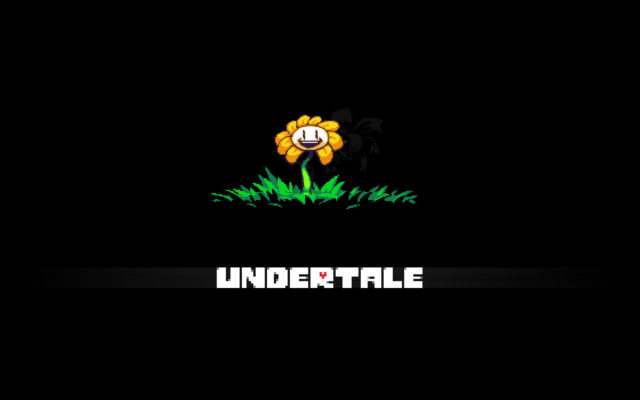 Undertale was without a doubt a big surprise for all gamers in 2015. A completely indie game that was developed by only a few people that would become one of the best selling games on Steam for that year. Undertale features amazing art that is very pixelated and unique, amazing jokes that will make almost anyone laugh, extremely challenging gameplay, and memorable characters. The entire game of Undertale is one that I and many others will never forget because of all of the amazing things that make it an amazing game.

Undertale can be played through in a many of different ways. You can play through it completely passively, which means you don’t harm a single person in the entire game, or you can play through and kill everyone you meet. Depending upon your decisions, the game will change and adapt. Undertale amazed everyone with its impressive gameplay. The game revolves around battles, or lack thereof, in which players must dodge the attacks and then land their own. It’s a very unique game, and describing the combat system to someone who hasn’t played through the game is relatively difficult.

Here are what I consider to be five games that are somewhat like Undertale in some regard, whether they share amazing pixel art, amazing gameplay and story, or some difficult gameplay.

Papers, Please is another indie game and is all about the choices you make and the consequences that come with those choices. Players play as an agent who works at the border and it is up to you to decide who gets to come into the country. Players must analyze their passports and other papers to check and make sure that everything is consistent and looks in order. If one person is let in who shouldn’t be in, the player will immediately see the consequence of their actions which can affect their family and their country.

Fans of Undertale will enjoy this game because of cause and effect elements. The game heavily relies on the player making proper choices and if they are lazy and do not check the papers, they will directly see the results. Although Papers, Please is a much more serious than Undertale, I think fans of Undertale will enjoy the change of pace and the seriousness that this game has to offer.

Although many would consider this to be a completely different type of game, Rogue Legacy is a game that fans of Undertale will enjoy in my opinion. The game is an RPG and roguelike game. The game revolves around the player entering randomly generated areas and killing the bosses of those areas without dying. The player will start off with a basic weapon and set of skills, and progress and get better and better weapons.

Fans of Undertale will appreciate the time it takes to get through the game. If the gameplay was what got you into Undertale, than Rogue Legacy is perfect for you. The game features serious bullet hell elements in terms of gameplay and forces the player to dodge many different projectiles at once. The game has many different difficulty settings which will challenge even the most experienced Undertale players. 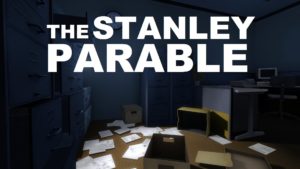 The Stanley Parable is a very unique game that shares a lot of elements with Undertale. If Undertale had no gameplay and instead took you on a philosophical journey, it would be The Stanley Parable. The Stanley Parable has a very dark sense of humor that follows around Stanley, a worker in a large corporation and is essentially another cog in the wheel. Without spoiling anything, the game is completely dependent upon your choices. The game can be played through many times each of which featuring a different ending and group of scenarios.

Fans of Undertale will enjoy The Stanley Parable because it completely smashes through the fourth wall and makes the player think about the choices that they make. The game tells an amazing story just like Undertale and really makes players question all of their choices and what it even means to play a game. I would recommend this game to absolutely anyone as it is a completely brilliant game that one can play through many times and get a different ending each time.

Lisa is definitely the closest you will come to getting an Undertale game without actually playing it. Lisa has a very similar art style, battling system, and humor as Undertale and I think that is why it takes the number one spot on the list. The very dark sense of humor alone is worth giving Lisa a spot on the list, but the game has everything you’d expect from a dark game such as Undertale. In Lisa, players control Brad Armstrong, a middle aged drug addicted man who is searching for his adopted daughter. Brad is forced to make terribly difficult decisions as he goes on this journey, and these decisions are part of what makes the game so brilliant.

Fans of Undertale will enjoy almost everything about Lisa. The art style is almost identical which issomething that fans of Undertale will appreciate. The game also features puzzles just like Undertale, most of which are somewhat difficult and require some amount of thought. I really enjoyed the dark humor that Lisa has, and I think that is part of what makes it such a unique game. All of the choices you make matter, which is another key selling point of Undertale. Although the music isn’t quite as good, Lisa is still an amazing game that earned its rightful spot on this list.

Regardless of whether you are looking for an Undertale clone or not, each game on this list has its merits and is definitely worth checking out for an incredibly good time.