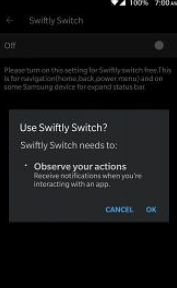 Google sent out an email asking developers why they need Accessibility Services on their Android apps. If the developer cannot come up with a good reason for needing the Accessibility Services, the app will be removed from Google Play Store. The only way to get around the app being removed from Google Play Store is if the developer removes the requests for those specific services. The new crack down on this specific API likely has to do with security and safety. It is important to note that a lot of apps are using Accessibility Services the right way. We also should mention that developers are using the API to create nefarious apps.

There is a huge risk when it comes to Accessibility Services. That is because it could lead to a developer getting high-level access to your device. That could include passwords and other sensitive information. This information can easily be used within a nefarious app or for harmful purposes.

Take LastPass for example, as this app uses the Accessibility Services API to distinguish the password field in other types of apps. This could help you when it comes to not having to type out that password all of the time. There is also the possibility that it is risky to give apps access. If an app developer used the technique of LastPass for a malicious app, giving that access level on your device would be harmful.

How This New Rule Could Impact App Developers 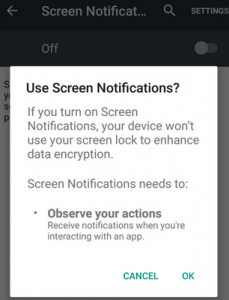 If the developer gets the email, they only have 30 days to justify the user of the Accessibility Services for the app in question. After those 30 days, the app could be removed from Google Play Store. If the developer chooses, they can also remove the services from their app within those 30 days as well. Google then goes onto talk about possible repercussions.

The apps and developers in violation of these rules could have their developer account removed. For apps on Google Play Store, this will impact thousands of them at a time. Most apps do use this feature and a lot of them have no real need to access this information. We will have to wait and see how the 30 day window works out, and if Google will begin removing those apps not in compliance as soon as the 30 days is over.