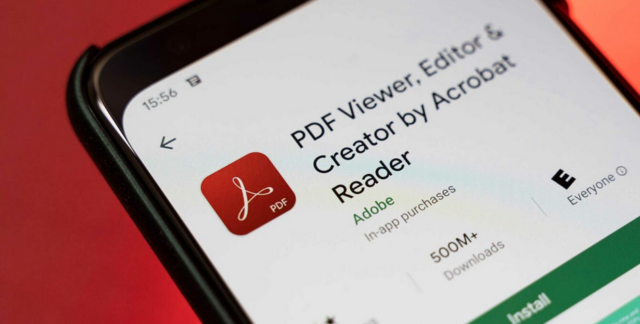 In what seems like a pretty shady move, Adobe is sneaking in advertisements for other Adobe Android apps into the Android share menu. You might have used the Android share menu before and noticed this. The share menu lets you share with others. There is also an open with menu that lets you open an app with a certain other application. Adobe has decided to test out advertisements for other Adobe apps by using these features.  Keep reading to learn more details about this move and what it might mean for Adobe.

Microsoft got a lot of heat a while back when it was showing advertisements for Microsoft apps while in other apps on Android. It appears that Adobe has taken a page from the Microsoft playbook and is now doing the same exact thing on Android. What Adobe is doing seems to be only for a small group of Android users. It appears to be testing the waters to see what it can get away with on Android. 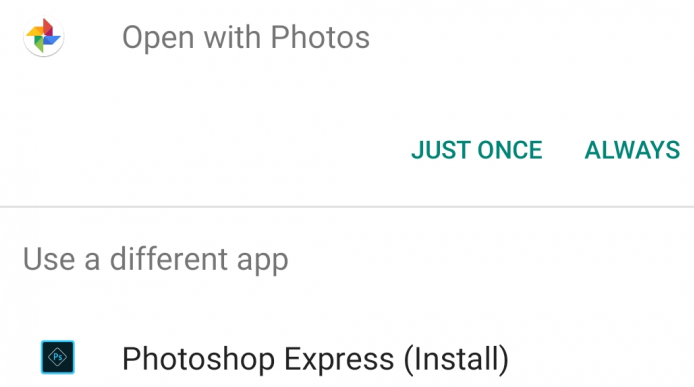 We are talking about showing advertisements for other Adobe products and apps into the operating system of Android. If an Adobe app is installed on your Android device, you might see an advertisement for another Adobe app when you use the share menu or open with menus. You’ll notice this if you are trying to open a PDF or open an image, among other tasks you do while on your Android device. If you have downloaded a PDF for example, Adobe might be sneaking in an “open with Adobe Acrobat” message.

This is an advertisement for another Adobe app if you don’t have Acrobat already installed on your Android device. It’s exactly the type of behavior that Microsoft got into a lot of trouble for not too long ago. It’s considered to be a shady practice. If you’re trying to open an image, you may see the option to “open with Adobe Photoshop Express.” In order to see these shady advertisements on your Android device, you must have at least one Adobe app installed.

Adobe Likely to See Backlash Over Shady Advertisements on Android

Adobe is likely to see quite a bit of backlash over these shady advertisement strategies. You may remember when Microsoft did when it tried something very similar. The share menu and open with menus were not meant to be used this way. Specifically, not used by companies to try to entice you to download another app by the company. 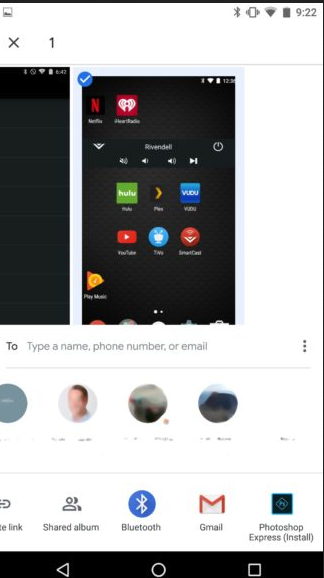 Android has made this pretty clear over the past couple of years. It does appear that with Adobe, these advertisement practices are only being seen with certain apps installed. There also appears to be only a few Adobe apps that are being advertised.

Adobe seems to have injected the Adobe Reader app with promotional coding. It would seem the PDF reader used by millions of people could be to blame for these advertisements. The most promoted Adobe product seems to be Adobe Acrobat. Adobe Photoshop Express is also getting a lot of advertisement through the open with and share with menus. Adobe Scan also has appeared in some advertisements, but not nearly to the extent of Acrobat or Photoshop Express.

This all is a shady way to promote apps that a certain developer has released. These types of advertisements are strongly frowned upon by Google. Google actually has rules and policies in place to prevent the shameless advertising that we’re seeing by Adobe and saw previously with Microsoft. 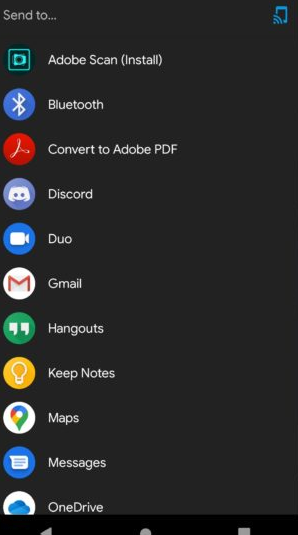 The apps that appear on Google Play Store are supposed to keep their advertisements only within the app itself. Google doesn’t want any company using the operating system to promote or to advertise apps, which includes using the share menu or open with menus to suggest another app from a company you may not have.

In the comments below, we want to know if you’ve seen the advertisements from Adobe as it relates to using the open with or share with menus. Are you someone that dislikes advertisements in general, even advertisements that actually stay within the app you are using? Do you think Google should clamp down harder on companies promoting other apps? Is it worse using the functions and features of the Android operating system? What Adobe apps do you use and does this shady practice make you less likely to continue to use Adobe products and apps?