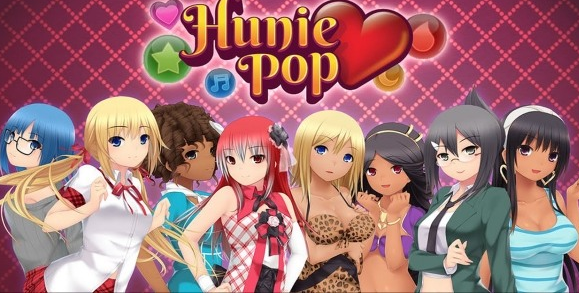 The adult visual novels on Steam are getting reevaluated by Valve right now, and that is bad news for a lot of these developers. At first, Valve said that the games would be removed within a couple of weeks if they were not censored. It appears that Valve is sending out some mixed signals right now, as some developers are getting letters about a reevaluation of the games. We have all of the latest news about all of the games impacted by the censorship of adult visual novels on Steam so keep reading to learn more about this.

As of right now, all of the adult visual novels on Steam are in limbo thanks to Valve. Valve initially said that any games that were not censored within a couple weeks would be removed from Steam. The threat of removing these games is still present, but it appears Valve might be reevaluating some of these games. 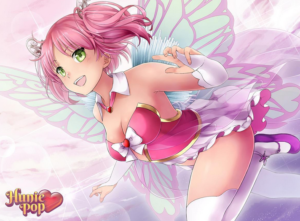 One of the most famous games that is part of this issue is HuniePop, which is a game by the developer HuniePot. HuniePot is an indie developer who already had censors on the game, but apparently Valve said they did not go far enough. That game in particular has been out on Steam for more than three years, and underwent heavy censorship just to get on Steam in the first place.

So HuniePot had until the end of this month to censor the game even more or else it would be removed from Steam. Other adult visual novels that are part of this issue include Mutiny!! This was a game developed by Lupiesoft, and it was also a game that had censorship before being allowed on Steam.

With that being said, it appears Valve is not happy with the level of censorship that the game put into place before coming onto Steam and wants censorship to go even further. A lot of the games caught up in the adult visual novels reevaluation are those that were censored before coming to Steam and some were even further censored after getting onto the gaming platform.

There is a lot of confusion right now when it comes to which games on Steam are being targeted and which ones are good to go. Some affected developers were sent a follow-up letter to the initial letter stating the games would be removed quickly if the censorship was not put into place.

The follow-up letter came after a huge backlash from the gaming community, including the affected developers and those on YouTube. With the second letter, Valve said it would be reevaluating the adult visual novels and games before any more action was used, such as the removal of the games.

As it stands right now, none of the games have been pulled off of Steam, but that is not saying that Valve will not pull them at any time. There is still a lot of confusion going on and only certain games seemed to be singled out in the letter. Other visual novels such as Ladykiller in a Bind, which was not censored, is not part of this issue.

The fact that some uncensored games did not get the letter and are not threatened with removal has caused even more confusion for those in the gaming community. There are hardcore sex scenes in this particular game, which is why it makes no sense why this game was not part of the threat of removal.

The biggest issue with Valve focusing on the adult visual novels is that the rules are not the same across the board. Games like The Witcher and Grand Theft Auto V all contain a lot of graphic materials, including sex scenes. These games were not on this list though, which means the rules on sexual scenes and content are not being enforced on Steam fairly.

There is also a lot of nudity in both of these games, which is something Valve should also be concerned about. It has become an issue for many on Steam to the point there is a petition going on. The petition is that people want Valve to leave adult visual novels and the dating sims off of these lists of censored content. Most of these games already do not contain explicit pornography, which is one of the big rules.

We will see how the petition goes, but for now, developers and the gaming community are left confused as to what Valve is looking for. If you are using Steam, we want to hear from you on what you think about the censorship and the reevaluation of these games. Do you think the Valve rules on nudity and graphic sex scenes go far enough or not? Are you someone who notices how some games get away with more graphic content than other games? Which games do you think are obviously breaking rules and have yet to be removed from Steam?