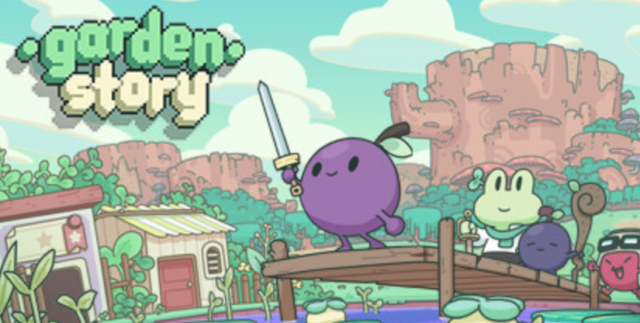 If you’re looking for a new game to get into on Steam in 2020, you may want to check out the demo version of Garden Story. The demo version of this really fun adventure RPG has just landed on Steam, and it’s definitely worth checking out. We have all of the latest details about this super cool RPG heading to Steam so continue reading to learn more and check out the trailer.

Garden Story is a new adventure RPG that will be coming to Steam in 2020. If you want to check out this game right now, you can do so by heading to Steam and trying out the demo. In this game, you will be playing as the guardian of the village and your main goal is to try to get life on the island again. You’ll need to create your garden and cultivate it, while at the same time figure out the Rot, which has been destroying the entire village. We’ve included a link to the Garden Story trailer below, so check that out and it will show you more of what the game is all about.

As you can see by the Garden Story trailer above, there’s quite a bit of detail and information available in it to tell you more about the game. Picogram is the developer of the game and the developer said that the demo is actually pretty detailed. If you play the demo you will get to see a chunk of the full version of Garden Story. This demo version available on Steam is more like a vignette and it will allow you to get a good idea of what this game is all about.

Garden Story is an RPG Similar to Stardew Valley

What you might not know about Garden Story is that it’s similar to Stardew Valley, so if you like that game then you’ll love this new RPG coming to Steam. Even better is that the demo version of Garden Story is pretty small to download, coming in at only 214MB. You’ll notice once you download the demo version is that it’s well done considering the full game is still months away from being released. 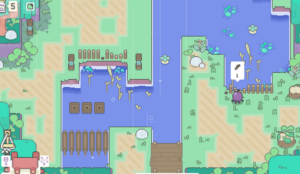 The graphics in Garden Story are very retro and so is the music, with a simple interface to keep you entertained but not annoyed. There’s a lot of mystery when it comes to the Rot that has infected the entire village.

This is a game that packs a lot of adventure and action into it as you progress in the game. You can make friends with various fruits and animals and the controls are all keyboard-based. We are hopeful that when the full game is released in 2020, there will be controller support. As of now, we don’t know if full controller support will be part of the game, but the keyboard controls work just fine.

Check Out Garden Story Demo on Steam for Some Fun & Adventure

If you’ve checked out the Steam page, you may notice that it does mention some controller support. The page mentions partial support, so we will have to wait and see what that means or if that changes to full controller support once the full game is released. It’s definitely a fun game to try out and we think if you love Stardew Valley, you’ll really get into this game. 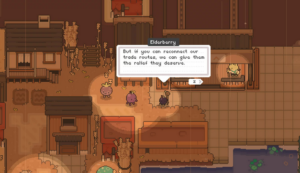 We want to know if you are going to be checking out the Garden Story demo that’s now available on Steam. If you’ve already downloaded and played the demo, we also want to hear from you about your thoughts regarding the game. Do you think that Garden Story is going to be fun and full of adventure similar to Stardew Valley?

What did you think of the trailer for the game that we included above? Are you someone hoping for full controller support when the entire game is released or are you okay with keyboard controls? What other Steam demos have you tried recently that you would recommend to other players?