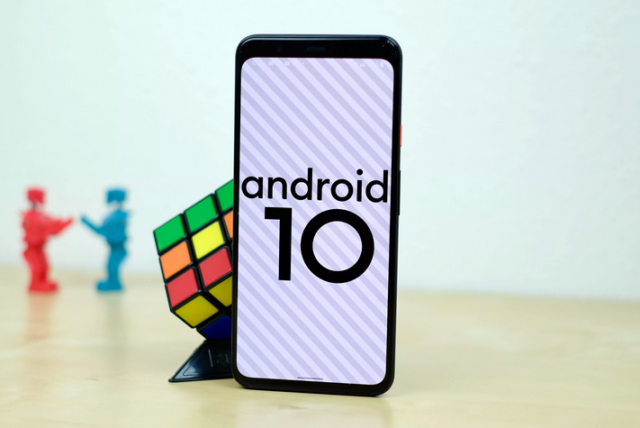 Google has reported that Android 10 has had the quickest adoption rate out of all of the Android operating system versions ever. This news is pretty amazing considering that Android has long been known for having huge fragmentation gaps among users. We’ve learned of this information thanks to a blog post by Google. The post shows just how much investment Google has in making the Android ecosystem better.

Android 10 Sees Quickest Adoption Rate Ever for an Android OS

A longstanding problem that Google has had with Android is that there’s usually a huge fragmentation issue among the various Android versions. Some people have been running on devices as old as Android 4 or Android 5. This continues even as Android 8 or Android 9 have added multiple features. A lot of the issues that Android has had involves the fact that there are so many different smartphone manufacturers out there. Each manufacturer releases operating system updates at different times or sometimes not at all. 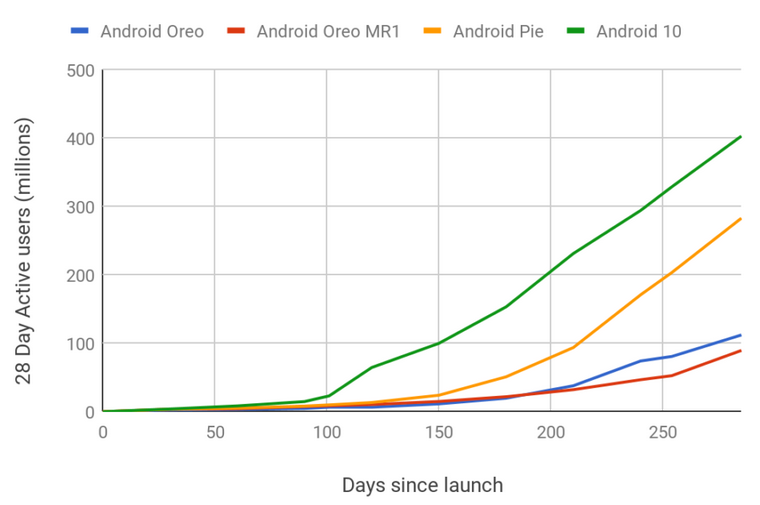 It does appear that things are changing after Google made a blog post detailing just how many Android devices are already using Android 10. The adoption rate for Android 10 is significantly higher than the previous operating system versions. As you can see in the chart above, Android 10 is already running on more than 100 million devices. For an operating system that’s only been out five-months, that’s a pretty amazing number. It actually is about 28 percent quicker than Android 9. This makes Android 10 the quickest rollout ever. We think that this is great news for Google because it helps decrease the fragmentation.

Looking more at the numbers and the chart above, you can see that Android 10 has already managed 400 million users in just 300 days. It hasn’t even been a year since Android 10 was released, so 400 million users out of 2.5 billion active devices is pretty decent. If you do the math that’s about 16 percent of all Android devices now running on Android 10. While that’s definitely a major improvement from previous versions of Android at this point in time, there’s still a lot of work to be done to increase the numbers even more. 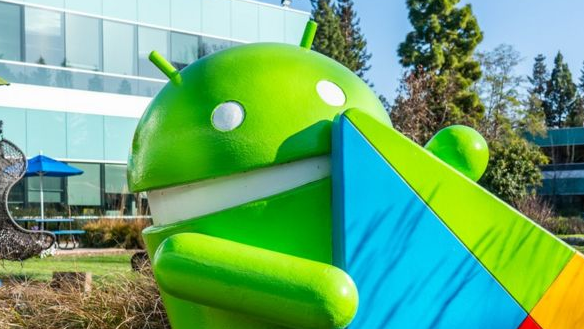 One way that Google has tried to improve the fragmentation among Android users is to continuously improve the Android versions. Android 8 was the first operating system that saw a lot of improvements and new features. One of the biggest features to come out of Android 8 was Project Treble. Project Treble basically allowed Android to be ported a lot easier across various Android devices. The hardware support and operating system were separated in this version to make that port easier than ever before.

If you remember Android 9, which was Android Pie, Treble work was completed and Generic System Images were introduced. The Generic System Images allowed for drop-in versions of the Android system to work on any device that was compatible with Project Treble. Project Mainline was introduced in Android 10 along with the APEX file system. That was important because it allowed the system components that were lower-level to be updated and updated easier. These lower-level components could be updated using the Google Play Store.

Are You Surprised by the High Adoption Rate of Android 10?

While we do contend that Android still has a lot of room to improve, it’s definitely a step in the right direction to add all of these additional features. Each time the Android operating system gets a major improvement, it makes people more likely to check it out. It’s not a surprise that more features lead to higher adoption rates. In the comments below, we want to know what you think about the adoption rate of Android 10.

Do you think that fragmentation is always going to be an issue with Android? Could this be due to a large number of device manufacturers out there? Are you someone that downloads and installs the newest operating system available right away? Do you like to wait a while before you download the newest operating system? What do you think Google could do to improve adoption rates overall?

Do you think that Google should mandate device manufacturers to update to the newest operating system within a certain time frame? What else could Google do to get you to download Android 10? Are you surprised by the high adoption rate of Android 10? Lastly, what do you like and dislike about Android 10 and will you be downloading Android 11 here soon when it’s released?