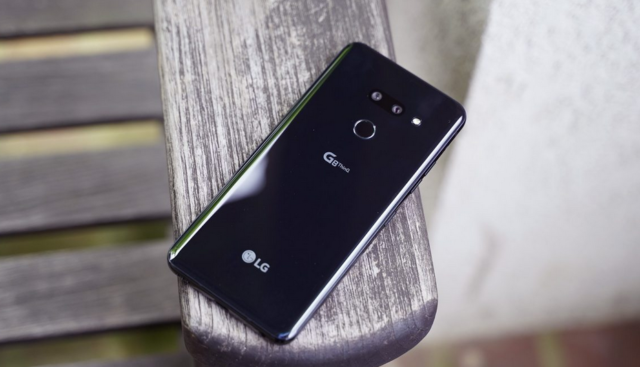 This week it appears that LG G8 ThinQ devices are getting the Android 10 update. We’ve received a few reports of this happening and it’s surprising given how slow LG usually is at rolling out any updates. It appears that right now most of the updates are occurring in South Korea and that it hasn’t rolled out in other countries yet. That means if you’re in Canada or America, you may have to wait another couple weeks to get the update.

As far as LG goes, we don’t have an announcement from the company concerning the LG G8 ThinQ devices receiving the Android 10 update. That means while we think the update will roll out to people in other countries within a couple of weeks, there’s been no confirmation on that. Given that South Korea is just now getting the update, it could also mean several more weeks before all LG G8 ThinQ devices have Android 10.

We have included screenshots that show how the LG G8 ThinQ devices in South Korea have started to receive the Android 10 update. We are hopeful that more people will be reporting that they too have received the update around that region.

Given that the update is already rolling out in South Korea, it brings us hope that the update will continue to roll out to other regions. If you have a LG G8 ThinQ device then keep your eyes open for the Android 10 update.

There are so many great additions in Android 10 that we know many people are waiting patiently for their device to get the update. LG is one of the worst companies when it comes to rolling out updates in a timely manner, and it seemed like it took much longer to get the Android Pie update. While we know that the LG G8 ThinQ devices are getting updates, we also have no information on if this update will hit other LG devices anytime soon.

Are You Excited for Android 10 & Do You Own the LG G8 ThinQ Device?

We will try to continue giving you more details on the slow rollout of Android 10 to LG G8 ThinQ devices. Hopefully, within the next couple weeks the update will roll out to other devices in and near the South Korea region. It could be early next year before this update hits the United States, but we will be keeping you updated as much as we can when we hear more details on an expanded rollout.

In the comments below, we want to know if you are excited for Android 10 to hit your device? Are you one of the people that own an LG G8 ThinQ device? Do you own another LG device and do you agree that LG is one of the worst when it comes to pushing out updates to devices?

If you have used LG in the past but now have a different device, was it the slow updates that caused you to change your device manufacturer? Leave us a comment below and tell us if you’ve received the Android 10 update on your LG G8 ThinQ device.