While you might be excited for an Android 11 update on your Android device, there are a lot of people out there that cannot upgrade to Android 11. Lower-end Android devices oftentimes do not get these operating system updates. That is usually because they have less RAM. That is where Android Go edition comes into play, and you might remember we talked about Android 10 Go a long time ago.

Even though Android 11 Go is available right now, you shouldn’t expect that this new version of Android 11 is going to be hitting your device anytime soon. It was mostly meant for new Android devices coming out with 2GB of RAM or less. That means if you own a device with 2GB or less of RAM already, you may not see Android 11 Go. If you’ve received Android 10 Go then it’s possible you’ll get this upgrade. From what Google has said, it’s not really meant for earlier Android devices. 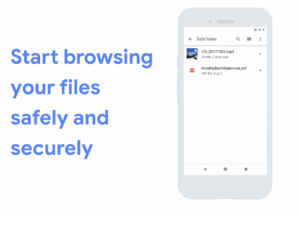 Another possible hiccup is that Google said it was up to the OEMs whether or not it will be installed on the device. The OEM could choose either Android 10 or Android 11. This is a contradiction to what we learned back in July when XDA Developers received a document detailing Android 11 Go. As of right now, Google hasn’t said which devices will be getting the upgrade. Hopefully, more details about which devices are suited for Android 11 Go will be released in the near future.

The good thing about Android 11 Go is that it will offer a lot of the Android 11 features that we want and could use on our devices. There will be grouped notifications from various chat apps from within your notifications, which is always handy. You also will have the ability to grant an app one-time permissions, which is great for either your camera or microphone and helps with safety. 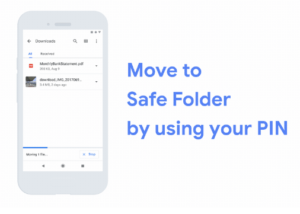 Another addition that you’ll notice is that it has Safe Folder, which is part of the apps that are found on the lower-end Android devices. The Files app now includes Safe Folder, which allows you to protect your files while on your smartphone. You will be able to store important documents in this folder and it will require a 4-digit PIN to unlock it and everything within this folder is encrypted. These are just some of the Android 11 features that you’ll find with this update. We know you’ll really like these features since they help you with privacy and safety.

Lastly, Android 11 Go claims to launch apps at a 20% quicker rate than the Android 10 Go edition. There will also be gesture-based navigations in this version too. They allow you to quickly get to where you want to go within the user interface. In the comment section below, we want to know what you think of Android 11 Go. We want to know if you’ll be purchasing a lower-end Android device with Android 11 Go installed.