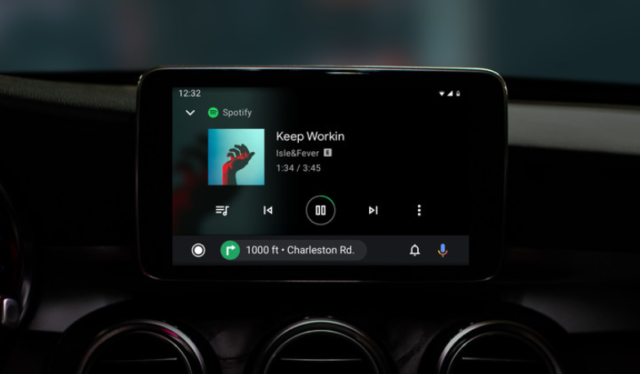 There is a new Android Auto redesign coming this summer we wanted to tell you all about all of this. Google just announced the update to Android Auto as the Google I/O 2019 is scheduled to get underway this week. The company has been making some announcements this week ahead of the Google I/O Developer Conference.

We are happy to report the new changes coming to Android Auto later this summer. One thing you will notice with Android Auto is that there will now be a default dark mode. Continue reading to learn about all of the changes scheduled to hit Auto this summer.

One of the really great parts about this new Android Auto update is that the entire look of the app is going to be redesigned and refreshed. Google claims the new interface will be more actionable and intuitive than before. This means it will take fewer steps to get things done in Android Auto, which should help out people tremendously. 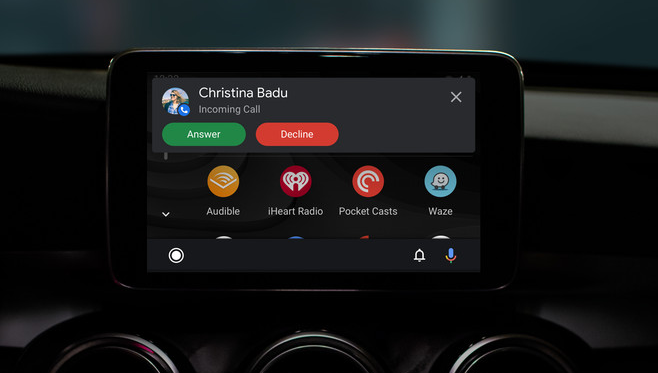 You will notice that there is a new redesign with Android Auto, including a persistent navigation bar that is more dynamic than ever before. This new persistent navigation bar will be found at the bottom of the main user interface. This new update will allow certain apps to take over a part of the navigation bar. You will no longer see the black background with the static white buttons. The driver will not have to worry about switching to these certain apps since now there will be more granular control.

The main point of the redesign of the Android Auto is focused on making the navigation bar better. The navigation bar changes will give you more features in this area. With the new navigation bar, you will see turn-by-turn directions. This is better than having to open up the full Google Maps app to begin your navigation. 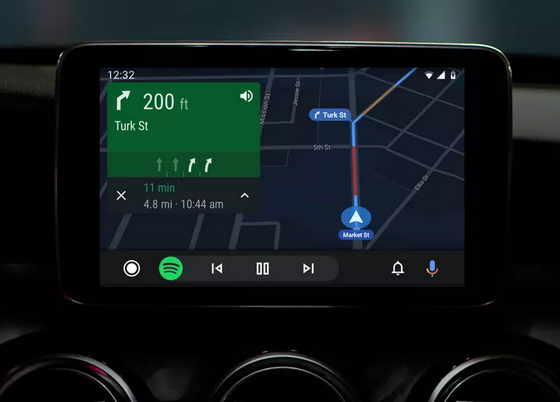 If you are looking at Google Maps for example, you will also have the buttons at the bottom of the navigation bar if you are also listening to music. This means you can skip, pause, play, and more right from the navigation bar. It works if you are listening to music at the same time you are using the full Google Maps app. The new media navigation controls are going to work for all apps that are approved for Android Auto right away.

Other navigation bar changes also include quick access if you want to operate Google Assistant. You can now get to Google Assistant with just one tap. The Home button will also move to the left side instead of being in the middle. This makes it easier to tap when you are on the road. There are also more available actions for the notifications within the Notification Center. The new launcher design is also refreshed and cleaned up.

The product manager of Android Auto, Rod Lopez, claims that this new redesign is centered on helping people get common tasks done quicker behind the wheel. More useful information will be available at just a quick glance, with more tasks available with just one click. Another good thing about the changes coming is that Android Auto can continue automatically playing the media while being in the middle of your preferred navigation app. Your navigation app that you use will automatically open as soon as you get into the car and plug in your phone. 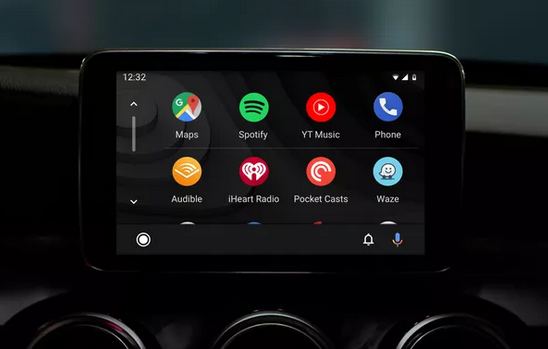 So many other apps have default dark mode and it really is helpful when you are driving. In the comments below, we want to know what you think about the changes coming to Android Auto. These changes will be announced later this week at Google I/O 2019, but won’t be available until this summer. Are you going to be watching or tuning into the Google I/O 2019 Developers Conference? What else are you hoping to hear from Google this week as the conference gets underway?