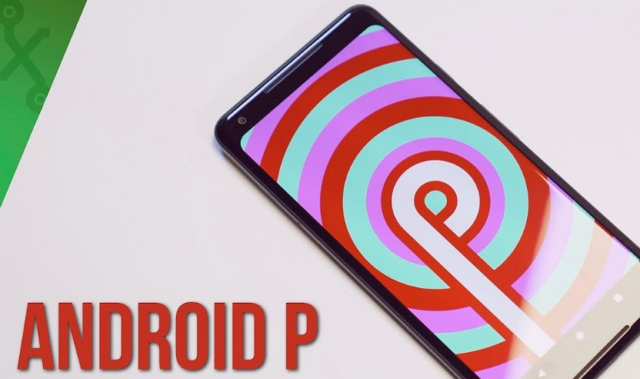 Google has released some more details about Android P this week, and the focus is on what changes are coming to enterprise users. Android P really is putting the focus on enterprise use, which is something Google has been trying to put more effort into making a priority lately. When it comes to Android P, one of the biggest changes is that users will be able to interact with work profiles easier and without the hassle. 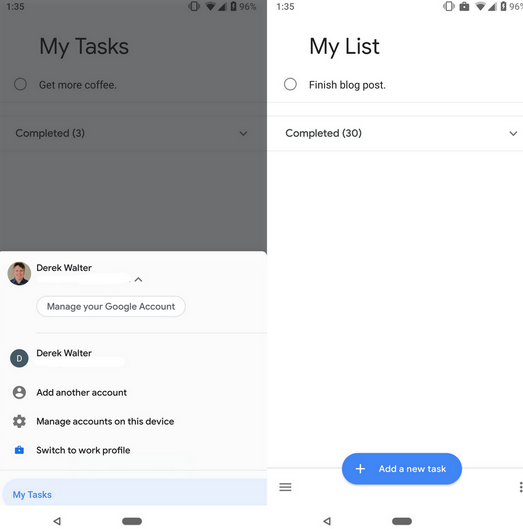 Specifically, Android P is going to put the work apps in a separate tab within the launcher itself. There will be a briefcase badge that will be blue. This matches the design of Android a lot better, which is really nice in terms of appearance and overall unity with Android. You will be able to go into the work tab and then turn off the work mode, including work notifications and apps. This means that you can more easily end your work day and those associated apps on your Android P device.

You are also now going ot be able to go between your work account and your personal account using the same app. The change is that you no longer need to go to the app drawer in order to change between your accounts, which makes things a lot easier. This will both increase your productivity and decrease the time spent switching between accounts. 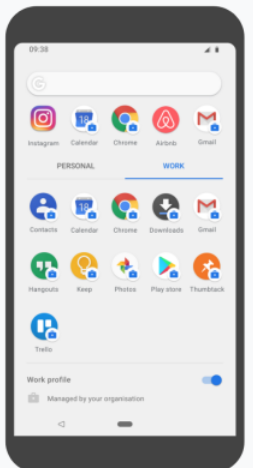 In fact, you can now use this feature on Google Tasks beginning now. There will also be an option to setup multiple different profiles in Android for Work, so you can use one device for different people using Android for Work. This is going to be helpful if multiple people within the same company use the same device.

The kiosk mode is also going to be changed in Android P, and it will allow you to run multiple apps at once. You can use the modified launcher if you are the administrator in order to let the users go between various apps on the Android device. In previous iterations of kiosk mode, you were only able to have a single app locked to the device. So now, you as an administrator will be able to allow multiple apps to be run on the device. For businesses, this is great news because you can go from the order screen to the checkout and payment screen in order to complete the transaction.

The changes with the kiosk is going to make switching between apps a lot easier for those running a business. Both the employee and employer will benefit from this move, and it will allow you to be productive. The administrators themselves will have the ability to customize the user interface, including hiding navigation buttons, disabling notifications, and even hiding icons in the status bar.

Lastly, there are also new security options coming in Android P for those enterprise users. You will be able to require different PINs for both personal and work profiles. In order to do this, you have to be one of the IT administrators to setup the different PIN ability. Data sharing also is going to be restricted when it comes to the personal profiles and work profiles.

There are also some new APIs coming which will identify the devices that are accessing the various corporate resources. The certificates and keys will be able to identify these devices, which is a great security measure for businesses. If you want to know more about Android P, you can download the beta version of Android P right now. Once you have tried Android P, let us know in the comments how it is working out for you. Are you going to be using a lot of these new enterprise features? Tell us your thoughts and impressions in the comments below.