We have some good news if you have an Android device as the new Android Security Patch for November 2017 was just released. We should note though, that right now the Pixel 2 XL still does not have a new patch release yet. All other Pixel and Nexus devices should be seeing the November 2017 Android Security Patch rolling out. We like to keep you posted on when the new security bulletins are released to the Android devices. This is one of the best and easiest ways to keep your Android devices safe since most of the time critical vulnerabilities are fixed. Keep reading to learn more about what will be coming in this update.

The best news of the day is that Google has finally released the factory images and the over-the-air files needed for the November 2017 Android Security Patch. The bad news is that Google has not released the update for the Pixel 2 XL yet. We are thinking that it should be coming down any day now. The Pixel 2, Pixel C, Pixel, and Pixel XL all have new Android Security Patch files. The Nexus 5X, Nexus 6P, and Nexus Player also are in the lineup. All of these devices will get the November 2017 Android Security Patch right now. There are quite a few fixes found in this new security update. 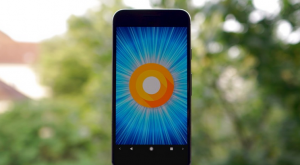 One of the major fixes to come from the Android Security Patch for November 2017 is a fix for the Media Framework. This was a critical vulnerability that could have allowed a remote attacker into the Android device by launching a code. Interestingly enough, all of the fixes that are found in this new update have not been used. This means they have not been exploited in the wild yet. That is good news is that Google is getting the fixes out for these critical vulnerabilities before any can or does release harmful files to attack users.

Another cool thing about the November 2017 Android Security Patch release from Google is that there is a new section now. The new section is called Functional Updates. Google released some information about what Functional Updates will do. The company said that it will provide patches and fixes for issues that are not released to security. This could be things like Bluetooth or could include updates on mobile data.

So Functional Updates are going to be included now in the updates. They are basically the less critical issues that are impacting devices. The list for this update is included below for your reference. You will notice camera and stability improvements also being listed. A lot of the issues seem to be with Bluetooth, which is often a source of problems for many Android devices. 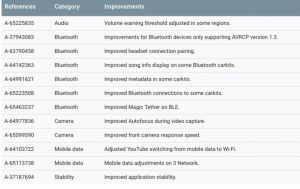 If you have one of the Pixel or Nexus devices, you should be seeing the over-the-air update hitting within the next day or two. Some people have already received this update via the over-the-air method. If you do not want to wait for the over-the-air update, you also can download the factory images and manually install the updates. We suggest that you download both strings of updates, with one being a partial string and the other being the complete string.

The quicker you update your Android device, the more protected you will be against attackers. The goal is to prevent people trying to hack into your Android device. Remember that you need to ensure you are downloading the right factory image for your device. If you are unsure how to do this, you can head on over to the Google page. This is where you will find out all of the information you need to know. We do not know when the Pixel 2 XL will be getting the update. We do believe it will likely be within the next few days.