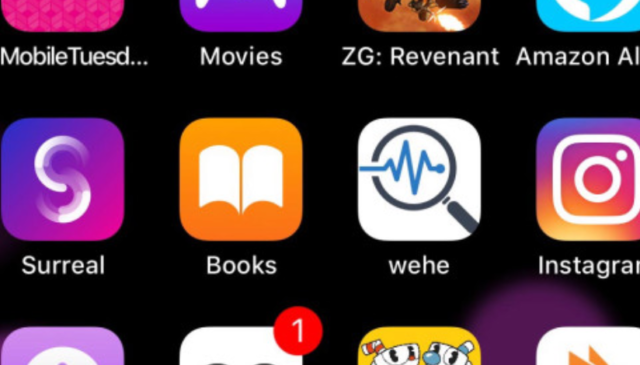 We have been talking about some of the best events from the WWDC, but did you hear about Apple Books? Apple Books was talked about during the WWDC event, and it will be replacing iBooks later this fall. While we do not know specifically a launch date for the iBooks replacement app, we do know it will be sometime this fall. We have all of the latest news about the Apple Books app and what you can expect when it releases later this year.

We first got a preview of Apple Books during WWDC, although there was so much going on that a lot of cool things like this got overlooked. The new app is going to be replacing iBooks, and it is slated for a fall release for those on iOS. You will notice that with Apple Books, there is a nicer user interface, with more cover art, and so much more. Just like you get in iBooks, there is also going to be the editorial section. With the new revamp, you will also notice that audiobooks are also more prominently placed, which is great news. 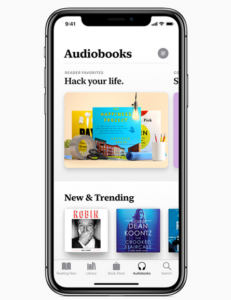 Apple is calling this the biggest redesign ever for books and it will include a devoted tab for the audiobooks. There is a Reading Now tab too, which will give you the option to easily begin picking up on the book you are currently reading or listening to. You can put the book down anytime you want, and then within seconds click Reading Now to begin reading even more. There are tags for both the Library and the Book Store at the bottom. The bottom section is also more rounded, giving off a cleaner and nicer finish.

Apple Books App Content Will Be Available in Many Countries

When it comes to the content on Apple Books, it will actually be available in over 51 countries. That is pretty amazing considering that a lot of other countries are not quite as up on Apple products as countries like the United States or Canada. Even better, is that there will be a macOS version too, which will feature the same Apple Books name. Apple figured it was better to revamp and rename the macOS app to Apple Books to keep things consistent across the board. 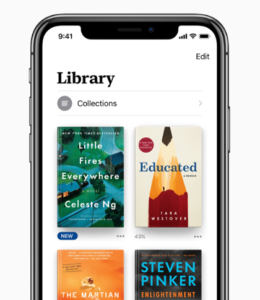 The new Apple Books will also be separated from iTunes, which is also very good news for a lot of people. If you think about Amazon for a second and the Kindle, the new revamped Apple Books is going to be directly competing with that. Amazon has long offered a ton of digital books to customers, especially as the Kindle itself has advanced over the past several years.

Amazon also acquired Audible back in 2008, which made Amazon the top place to go for audiobooks and other digital book offerings. It seems that Apple is now getting into the game and going head-to-head with Amazon to offer you even more audiobooks and content right from your iOS device.

While we do not have a ton of details about Apple Books, Apple is definitely keeping people in suspense regarding the new app. If you are not into iBooks right now, you might want to give Apple Books a try when it launches sometime this fall. We suspect that the new app will be released around the same time that iOS 12 is released, which is also going to be sometime in the fall. 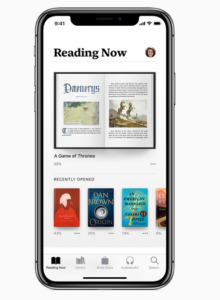 The WWDC showed us a ton of new Apple products and services this year. The new Apple Books app is just one of many things that we felt were important enough to talk about. If you have not yet watched the WWDC from last week, we suggest you go back and watch the presentation from Apple. Once you have watched the WWDC, we want to know what you thought of the presentation by Apple.

Did you see the Apple Books announcement already or is this news to you? Are you someone who listens to a lot of audiobooks currently? What is your platform that you go to in order to read or listen to books? Do you think that Apple will be able to overtake Amazon in the area of audiobooks?