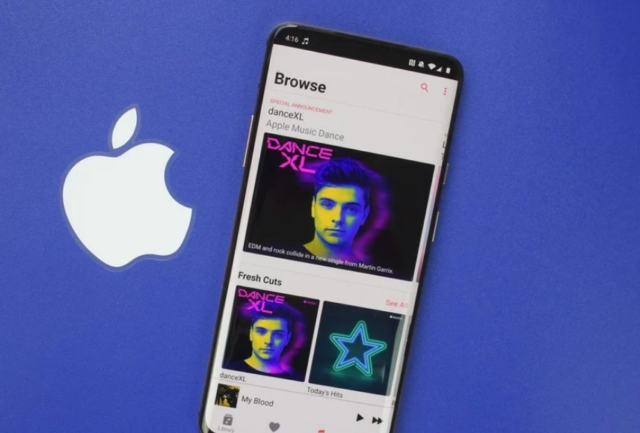 If you have Apple Music on your Android device, you might want to check out the latest update that’s rolling out right now. The newest update to Apple Music on Google Play Store is version 3.4 and this version will bring an Apple Music redesign as well as a new feature. If you’re a subscriber to Apple Music, then you’re going to love the update and the new look. We have all of the latest details about this update so keep reading to learn more.

With the newest version of Apple Music on Android, you’re going to notice the redesign before anything else. Version 3.4 is rolling out right now and the redesign is easy to notice since there are now five different sections within the menu bar. 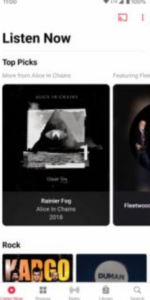 If you look at the menu bar, you’ll see the primary sections, some of which have been renamed. Instead of seeing the “For You” section, you will see the “Listen Now” section of the app. Right beside that, you will have “Search” as well as “Browse.” There are also icons for “Radio” and “Library” in the primary menu bar.

You may remember that the “Search” function used to be within the upper section of the app, but now it’s moved down to where the menu bar is located. It’s going to be much easier to use if you’re someone that enjoys using their device with only one hand. With the “Now Playing” section you will notice a redesign as well and the background is now dynamic. Whatever the color scheme of the album color is will be what you see on the “Now Playing” section.

In the “Playing Next” section, you will see an icon that’s infinity-shaped and this will appear when you actually open up the queue list. What’s really cool about this is that it will actually allow you to autoplay so this autoplay feature is new to the update. The autoplay feature means that you will be able to listen to your music without needing to control the music through the app itself. You will be able to see which song will be coming up next and it’s a really handy feature to have on Apple Music. 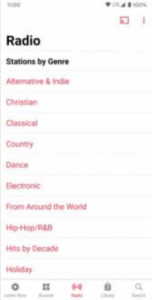 Another cool thing is that you can share a playlist, song, or even an entire album if you are using the “Now Playing” queue or the “Search” queue. A sticker that you can tap will appear if you’re sharing it through Facebook, Snapchat, or Instagram. If you are sharing your music on a different app, it will just show up as a link to the album or song. If you’re downloading the music on your cell, you will have the ability to change the streaming quality as well.

Are You Going to Check Out the New Apple Music Redesign on Android?

These are all really great additions to the Apple Music app on Android and it makes Apple Music similar to the theme of iOS 14. As you probably know already, you need to have a subscription to Apple Music in order to use it on your Android device. The subscription is $9.99 per month, which isn’t too bad if you’re really into music and use the app often. In the comment section below, we want to know whether or not you’re going to check out this new version of Apple Music for Android.

Do you like that Apple Music on Android now is similar to the iOS 14 themes? Are you someone that regularly uses the Apple Music app on your Android device to listen to music? What part of the new update do you like the most? Are there any features or changes to this app that you don’t like? If you have a request for a feature to be added in the future, what feature would you like to see? Lastly, if you don’t use Apple Music on Android currently, what music app do you use regularly and why?