The Apple media event which is going to be held in San Francisco, California, on September 9, has officially gotten underway with invites being sent out on yesterday. Not only is there going to be a new model of the iPhone at the media event, there has been speculation for a long time around a new Apple TV and revamped remote. 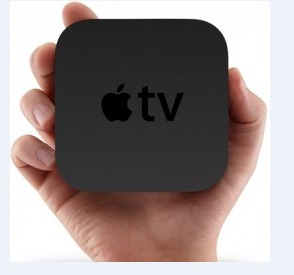 There have been rumors for years about a new Apple TV with an App Store, but this was just pure speculation, at least until now as more leaks are coming in that seem to back up the theory of the new Apple TV, along with a new remote, which will resemble the Wii remote. While the existing remote for the Apple TV is pretty nice, it’s also very simple and it cannot perform a lot of complicated interactions, and various sources have leaked information saying that the new remote is going to have a touchpad on the top of it, and two physical buttons. It was also talked about that the new remote would have a microphone which would allow you to talk to Siri. A new report is saying that the new remote is also going to have a multi-axis control, and this is what would make it similar to the Wii remote. While this is still purely speculation at this point, there is a good valid reason why Apple would make a remote similar to the Wii remote, since a similar type could add more functionality without adding a lot more buttons and it interfering with the overall appearance of the remote.

If the new controller did have a microphone, a touchpad, motion sensitive controls, and physical buttons, it would be very easy to make. If Apple did make this type of remote, it would not only be easy to manufacture, but it would make multi-player gaming easier, and various games would definitely be more enjoyable on the big screen instead of just on your iPhone or iPad. There is also going to be an App Store on the new Apple TV, and an A8 chip is rumored which would help push the system as high as it can go without battery life issues. The App Store would more than likely include some of the best games that you could play through the Apple TV, including a lot of the more less complicated multi-player games that require a functionality similar to the Wii remote.

While it is not known for sure until the Apple event on September 9, there has been enough information put out there to make these things that are likely to be unveiled at the event. The App Store has all but been confirmed for the new Apple TV, and the remote would make the most since if Apple is trying to appeal to the more causal gaming audience. Another good thing about the Apple TV remote is that it would allow for more interactions when it comes to gaming, such as having friends compete with one another online and in the same house. Having the Wii-like remote would also be beneficial because it would likely increase the amount of people that would purchase the Apple TV, especially with a built in App Store. It is not known yet what types of Apps would be in the new App Store, whether it would be more for gaming or watching movies, but Apple has a fanbase that is more into the less complex games, so the selections would likely be very simplistic to play. For now though, we will have to wait until the media event in September to get the dirt on all of the latest products and changes to the Apple lineup, but the leaks are surely pointing in the direction of the new remote with an App Store.