Arrow io is an action game that is brought to you by Cheetah Games. Arrow io is currently available for both the Android Google Play Store, and the iTunes IOS store. Since the games release less than a few months ago, the game has been a viral hit, having more than five million total installations since its release, and having many in app purchases available to all players. The game is available to players all around the world, and can even be played online on a computer. Arrow io is still receiving a lot of updates from the developers, as it was just updated this month, July. In addition to having a ton of downloads, it has a ton of positive reviews on both platforms as well. It currently has more than 155,000 total reviews, and a total average rating of 4.6 out of a possible 5 stars. Fans of the game might recognize Cheetah Games for other hit games like Tap Tap Fish, and Piano Tiles 2, and Don’t Tap the White Tiles. The gaming company has had a lot of success with their mobile games in the past, so I have no doubts that Arrow io will continue to succeed and thrive.

The whole point of Arrow io is to control a tiny character to defeat enemies who spawn around you. You start off with a basic archer who is shooting arrows, and as you level up by collecting experience and defeating enemies, you will randomly be assigned more skills and other advantages like more health. The game is a very fun arena shooter style game where you must walk around the level and challenge and fight off against every person that you see. The game starts you off with no gold or diamonds, and you must collect these resources by either killing players or finishing first in the game. With these resources, you can purchase new characters that have advantages to them like more health, more attack, or a different system to shoot. Arrow io has a ton of active players, so the multi player action is constant and always occurring, no matter what time of the day you are playing at. The developers are also more than open to the idea of receiving complaints and positive feedback about the game, and they have their email address listed on the main page of the app store, so I would definitely suggest using this to your advantage if you have any suggestions. 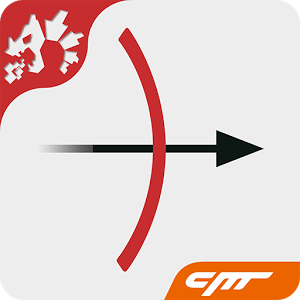 Arrow io does have in app purchases available for real money. The premium currency of the game is diamonds, and diamonds are used to purchase new characters. You can earn diamonds by playing the game, but you are getting them at an extremely slow pace and it can almost be frustrating trying to save up for a new character. You can purchase different packages of diamonds, with the lowest being a dollar, and the highest being one hundred dollars. If you are happy with the game, I would definitely recommend supporting the development team and purchase some diamonds, especially if you get a lot of fun and time out of the game. That is without a doubt the best way to show the developers that you are supporting them, and it is a great way to support your favorite entertainment teams. Again, be advised that you definitely do not need to purchase anything with real money, it just gives you a bit of a helping start as you will have a different character that is more powerful than the one that everyone starts with. 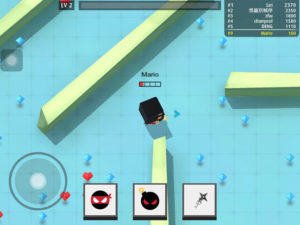 One of the best first tips that I can give to any new player is to check out the offline section of the game before hopping online. This is an amazing feature that the developers have implemented that benefits not only those who want to play the game while not connected to the internet, but also for new players to practice before they go online. The offline mode is great because you go up against bots who are somewhat decent at the game, so you will have a bit of a challenge for your first time playing the game. But the real benefit of the practice mode is that you can practice your movement and shooting before you take your skill online. Practice mode is also great because you can beat the computers and rack up a bit of easy gold and diamonds if you are lucky by coming in first place against the robots. It is great if you just need a little bit more gold to get that next character or upgrade. With any game, I definitely recommend playing through the practice mode a bit to get the basics of the controls because they can be a bit tricky for new players to the game. 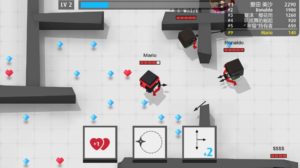 Another great tip I can provide is to make sure you are saving up your gold and your diamonds so that way you can get towards having a new character and having a fresh take on the game. Without a doubt, it will be frustrating not being able to us your gold and diamonds for a while, but it will definitely pay off when you finally get a new character to play the game with. There aren’t any best characters in the game, but some characters do better than others in online play. I suggest just playing online with your default character, and see who does a good job of beating you and take note of their character. Or you can just buy whichever character you find the most appealing, since in the end, you want to have the most fun while playing the game anyway.

There are currently no cheats to get more diamonds without paying for them, but if you are enjoying the game and having fun with it, that is a great reason to get some diamonds and show the developers you want them to continue supporting the game and updating it with new characters and levels. Again, I will update if any cheats do pop up for the game, but as it stands now, there are no cheats so the only way to get diamonds is to either play through the game like normal, or to purchase them for real money.