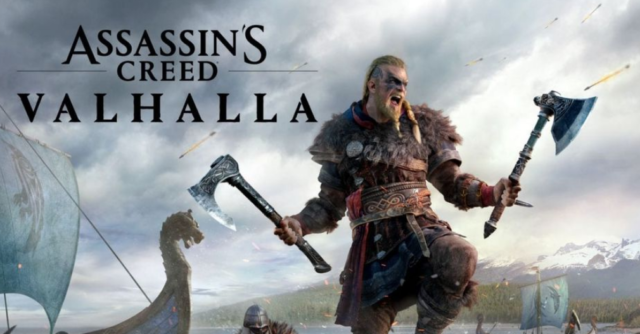 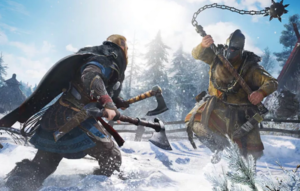 Ubisoft just made the decision to make Assassin’s Creed Valhalla available for Epic Games Store. That means it will be an exclusive there for a period of time before it can be released to other platforms such as Steam. As you probably have heard already, Assassin’s Creed Valhalla is going to be released this year across a ton of different platforms and consoles. It will be coming to the new PS5 and also will be coming out for the Xbox Series X. The game will be coming to the PC as well, though as of now it will only be going to the Epic Games Store.

What’s really interesting about the news regarding Assassin’s Creed Valhalla is that it will be the first time an Assassin’s Creed game hasn’t launched on Steam. All other games in the series have been on Steam from the beginning. This is going to be a new situation for fans of the series. A lot of games recently have been choosing to be released through Epic Games Store over the traditional route of Steam. Ubisoft has chosen to go through Epic Games Store for other games previously. Meaning, this is not an entirely new situation for the massive video game company. 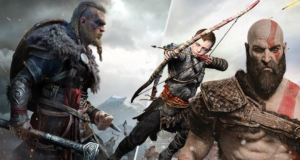 Not only will this game be coming to Epic Games Store, but Assassin’s Creed Valhalla also will be available for PC download through the Uplay service Ubisoft created. Throughout the past year, a lot of different third-party games have launched as exclusive offerings for Epic Games Store.

Epic Games is really getting more attention from video game developers. It seems it might actually be able to compete with Steam in ways we didn’t think possible. We know a lot of people are going to be checking out Assassin’s Creed Valhalla this year. This is the first release in the series in more than a year, so fans are anxious.

Are You a Big Fan of Assassin’s Creed & Will You Download Valhalla from Epic Games Store?

As you likely know, Assassin’s Creed is one of the biggest and most popular video game franchises. While other Ubisoft games have been released as exclusives to Epic Games Store, noen of those were related to this series. Valhalla will be the first mainline game within the Assassin’s Creed series to skip Steam during initial launch.

Ubisoft launched The Division 2 on Epic Games Store as an exclusive a while back. It was at that time that the company extended a deal with Epic Games Store for future releases. We don’t know about all of the future releases as part of this deal. There is one thing we do know now, which is that Assassin’s Creed Valhalla is one of those titles.

We don’t know a lot of the details about the deal between Epic Games Store and Ubisoft, but we do know that The Division 2 never landed on Steam. There were other titles that did come to Steam after being exclusives to Epic Games Store, such as Borderlands 3. Ubisoft seems to really like the business model of Epic Games as opposed to Steam. The issue is that Steam keeps around 30 percent of all game sales. Epic Games only keeps 12 percent of revenue. Game developers obviously want to make the most money possible. That is why Epic Games is becoming such a big deal.

In the comments below, we want to know whether or not you will be downloading Assassin’s Creed Valhalla from Epic Games Store when it’s released. Are you a fan of Assassin’s Creed and do you think Ubisoft is making the right choice? Will you be getting one of the new consoles to be released later this year? What is your favorite Assassin’s Creed game to date? Are you excited for Valhalla to finally be released? If you don’t like Assassin’s Creed, tell us what about this franchise you dislike.