You may have heard of a game that was available on Apple Arcade called Assemble with Care. We’re happy to tell you that this game is now available on Steam. As everyone around the world deals with the pandemic of coronavirus, more people are looking to get into some great games.

Whether you game on PC or through your mobile device or console, there are many games that could take your mind off of everything going on these days, Assemble with Care just might be the game you need to get through the quarantine and we wanted to tell you all about it.

We’re not completely shocked that Assemble with Care has landed on Steam since we’ve known at some point early in 2020 it would happen. We’re glad that this game landed on Steam right now since so many people are stuck inside with not a whole lot to do. This game is available for $7.99 on Steam although there are some sales going on right now to know about. Given the fact that Steam is having some great sales, you might be able to get this game for a couple of dollars cheaper for a limited time. 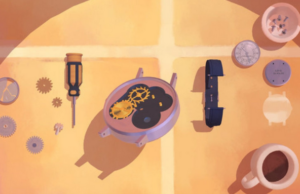 Assemble with Care was exclusive to Apple Arcade when it first was released, and this is just one of a couple of Apple Arcade games now available for other platforms. Assemble with Care is a puzzle game where you need to repair a bunch of different objects. The objects are things you may or may not have seen in real life before, depending upon your age, such as a cassette deck. Other items include a gaming console and a camera. You will need to repair these objects one-by-one before you can move onto the next.

Assemble with Care was developed by UsTwo and it’s going to really keep your mind busy during these crazy times. There are a lot of tasks in the game and it all has to be done step-by-step, so it’s a game that involves strategy and also time. It’s not a game that’s going to be difficult in a frustrating kind of way, and you may feel some zen while playing this game. 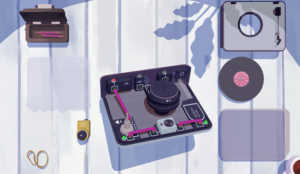 This is also a game that’s going to make you appreciate the perspectives of other people. These are all feelings and emotions we need to be having, so this game is going to bring that all together. If you’re just looking for a game to take your mind off of the coronavirus and the sickness going on, then this is definitely a game on Steam you need to try out.

Are You Going to Purchase Assemble with Care on Steam?

We’ve told you about quite a few games these past couple weeks that are being released to keep you entertained while you self-isolate or stay indoors due to the coronavirus. Some of these games were slated for release about this time, while other games are being released early to keep you busy since there’s nothing else to do. We want to know what games you’ve been enjoying the past couple of weeks in the comments below. 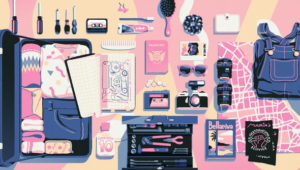 We want to know if you like puzzle games and if you plan on purchasing Assemble with Care on Steam? Is this a game you’ve already played on Apple Arcade? If you played the game before, we want to know what you liked and disliked about the game. We also want to know what games you’ve been getting into since the coronavirus hit?

Do you find yourself playing more games now since you’re stuck inside? Do you prefer to play mobile games, games via PC such as Steam, or console games? What other games are you interested in purchasing this year? Do you have any game recommendations for people? Lastly, tell us whether or not you think Assemble with Care is a great game to keep your mind occupied during these hard times.