If you have Steam, you might be interested in hearing about a game that has taken over the number one best-selling spot on Steam. The game, Battlegrounds, by Playerunknown, has already hit over one million copies sold in the first two weeks since it was released. We have all of the latest information about Steam and this hit game, Battlegrounds.

It is really interesting that just within 16 days since Battlegrounds was released on Steam, the game has already sold over one million copies. Battlegrounds earned over $11 million in just the first three days it was released on Steam Early Access. That is pretty amazing that a game has sold over one million copies through Steam Early Access, because that is a rare feat for any game. Speaking of games, Battlegrounds has been compared a lot to the game DayZ, mostly because it is a multiplayer survival game. 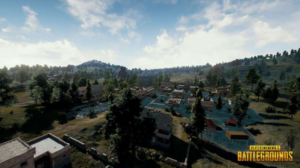 Even though Battlegrounds is a multiplayer survival game, it is different than DayZ, including how much success Battlegrounds has had. It took DayZ about four weeks to get to one million copies sold, so this game is about twice as successful. Playerunknown’s Battlegrounds is now the number one best-selling game and is also in the top five of the most-played games category. The cool thing about that is that Battlegrounds has remained in the top spots on Steam, even though it is 16 days later, and this means that interest has not waned.

Even more amazing is that the game has already become a huge hit on Twitch. Twitch is one of the biggest streaming sites out there and this game seems to be one of the biggest broadcasts right now. When you look at the popular broadcasts on Steam, this game is in third place, only behind League of Legends and Hearthstone. For a game that has been out on Steam Early Access for only 16 days, that is a pretty amazing thing.

The Background of Battlegrounds

When it comes to what Battlegrounds came from, the game really started being a mod, with the name Battle Royale. This was in the military simulation game category, and the designer of the game then worked with the guys over at Daybreak and began creating a mode of Battle Royale for H1Z1, which is the zombie survival game. The designer, Brendan Greene, who goes by “PlayerUnknown” then partnered up with a developer from Korea, Bluehole. This is when the game began to form.

As far as Bluehole is concerned, the company said that the game is only going to be on Steam Early Access for six months or less, so it seems that the developers all want to push the game out as quickly as they can. If the one million copies sold already tells you anything, it is that this game has a ton of fans and seems to have a promising future on Steam.