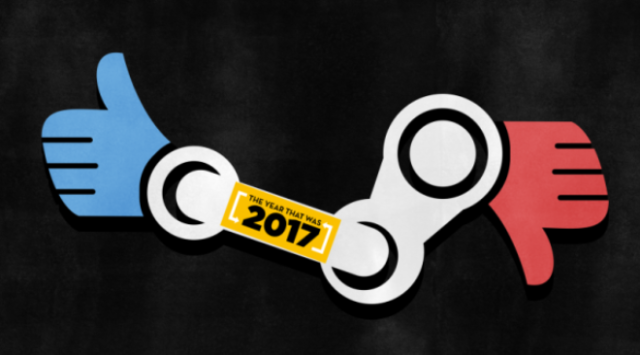 Valve has announced the best selling Steam games of 2017, and none of the games on this list should really surprise anyone. When it comes to the top selling games on Steam, the gross revenue is looked at and that is how the winners are determined. The top 100 games are divided up into Platinum, Bronze, Silver, and Gold levels. We are not sure though what each of the levels mean, and Valve does not get into what the levels are all about. 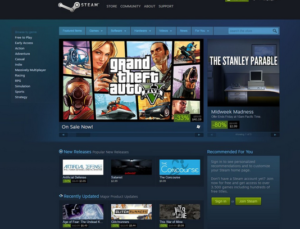 The Platinum level were older games that were found on Steam, such as The Witcher III: Wild Hunt, Grand Theft Auto V, Counter-Strike: Global Offensive, and Rocket League. Also, on the Platinum level was DOTA 2, Divinity: Original Sin II, and Rainbow Six Siege, along with PlayerUnknown’s Battlegrounds.

The Gold level included games like Fallout 4, Assassin’s Creed Origins, Arma 3, and Dark Souls III. For Honor and Middle Earth: Shadow of War were also included in the Gold level. Silver level included many different games such as Rust, Sniper Elite 4, Conan Exiles, and Cuphead. Other games such as Path of Exile, Dead by Daylight, Final Fantasy XIV Online, and War Thunder were also in the Silver level.

Moving to the Bronze level, Valve announced 7 Days to Die, Factorio, Payday 2, Wallpaper Engine, Terraria, and Just Cause 3 were some of the games. Other Bronze level games included Shadow of Mordor, The Forest, RimWorld, and The Sims 3. These are just a few of the games in each level that were included in the Valve list. There are several more games in each category that made the cut.

Valve also told us more than just what the best selling games were on Steam during 2017. The company told us about the games which had the most concurrent players. This means that these are games where people were online playing at the same time. One game on the list that really should not surprise you is PlayerUnknown’s Battlegrounds, which lead the way on this list. Over 3 million concurrent players were on the game recently. Other games topped 100,000 concurrent users, including DOTA 2, Grand Theft Auto V, Rainbow Six Siege, and Counter-Strike: GO. 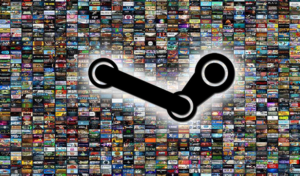 There was also information released about new titles, including how many new games came out each month. In June 2017, five new games were released on Steam including Tekken 7, Dirt 4, and Cold Waters. Other months in the year had as many as 16 games released, which is quite a few. These were all considered top-grossing new games that were released. The VR games on Steam also got a category for the best-selling VR games of the year.

On Platinum level, Fallout 4 VR, Superhot VR, and Job Simulator all made the list. The best part about the best selling Steam games of 2018, is that these games are now all on sale. You can find the best-of games right now on Steam for a significant price reduction, which is a way to celebrate just how well these games did. Tell us in the comments if you are surprised by any of the hot games on Steam for the past year? Are there any that you want to try that you have not downloaded yet?