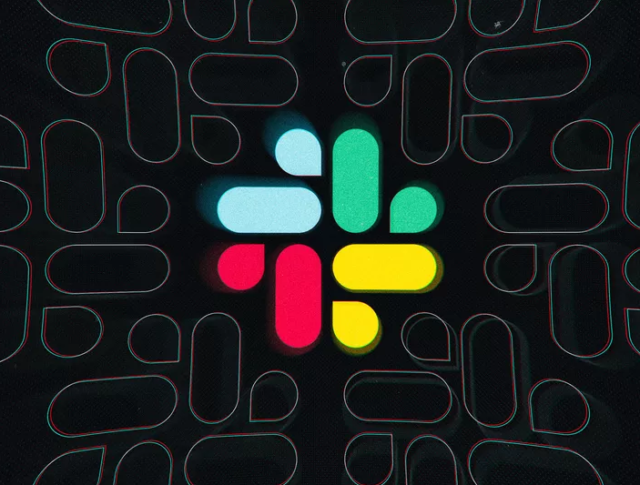 If you’ve been using Slack as a way to stay in touch with your co-workers and increase your overall work productivity, you may want to check out the newest update to the app. This new update rolled out this week and focuses on a complete Slack redesign for the mobile apps. Both the iOS and Android apps were redesigned and both new versions are now live in their respected app stores. Keep reading to learn more about this new Slack update for mobile and what all you will find in this update.

The big Slack redesign that is rolling out right now to those on iOS and Android is focused on making the app more user-friendly. One of the changes you’ll notice right off the bat is that there is now a navigation bar at the bottom of the app. This new navigation bar is going to allow you to access the most used parts of the Slack app with the touch of a button.

The navigation bar at the bottom gives you access to things such as mentions and even your direct messages. Previously, it was pretty difficult to get to even the most used parts of the app, and it hindered the overall flow of the app. That was because the menus were very difficult to see and hard to maneuver around. With this new navigation bar, you will find that you can quickly get to your messages or your mentions with ease. It makes replying in a more timely manner possible, which is always good when it comes to workplace communications.

The new Slack redesign is actually great news for people who use the app on multiple devices since this redesign unifies the mobile versions of the app. It makes the versions almost identical whether you are on iOS or Android, which is helpful if you are a cross-platform type of person. 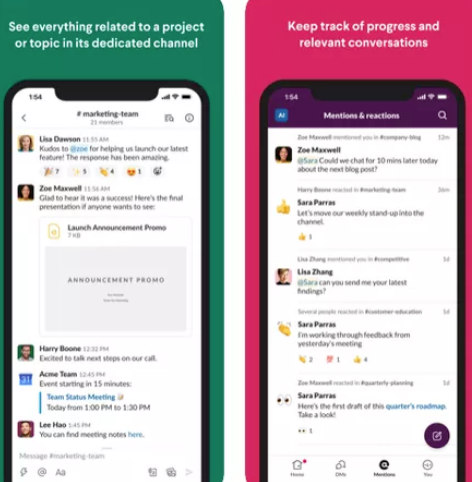 If you swipe right, you will be able to open up all of your workspaces. Swiping left will take you to the last conversation that you had with someone. There is also now a floating button that is meant for composing a direct message and it will float usually in the middle of the screen.

You may have actually already tried out the new Slack redesign before since this redesign has been in beta through Android for a few weeks. If you go through the Slack beta channel in Google Play Store, then you could have already downloaded and tried this new redesign without even realizing it.

Even though there was a beta available for Android, it was still in testing up until this official release. Slack also unveiled the changes through the TestFlight beta program on iOS. This means that some iOS and Android users were able to test out the new redesign while it was still going through beta testing.

We are really excited about the Slack redesign that is being released for mobile since it unifies the app across both mobile platforms. It will make the app easier to use overall and it’s a better overall user-friendly experience with the new navigation bar. Slack said that the changes that have come to the mobile app have been made after the desktop version received several changes earlier this year.

The main reason that the mobile apps were changed is to make Slack easier to use while you’re out and about, allowing you to quickly respond to your direct messages and mentions. The shortcuts feature will also allow you to get your work done much quicker, which means increased productivity regardless of whether you’re working from home or the office right now.

In the comment section below, we want to hear from you if you’ve seen the new changes that have been released for the Slack mobile apps yet. Do you think the new Slack redesign is going to make it easier for you to work from anywhere? The new navigation bar is supposed to allow you to get to all of the important parts of the app quicker, so we want to know if this navigation bar is helping you stay in touch? What other changes are you hoping Slack implements for the iOS and Android apps in the future? If you dislike the redesign tell us in the comments below what you don’t like about the new changes.