These options are much harder to find for women. The options to choose from are far slimmer for women who are seeking other women – this is where Her steps in.

The New Application, “Her”

The new application, Her, is not so much of an overly pink colored app where users match via a hot-or-not scheme – nor do the users judge other users simply by their profile pictures. Her has been expressly 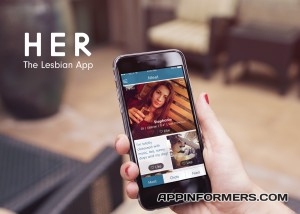 designed in order to encourage general and loving conversation between two users. This generally goes on until the two users know each other well enough to take the plunge and meet in person. That is exactly what women prefer when dating, according to Her founder, Robyn Exton.

Her has been released after Exton found that her precursor application, Dattch, did not take on as well as this one could have. Whilst Dattch was purely an application only intended for dating, Exton and her development team decided they would make something with more of a social aspect than before. Her has the same profile and mechanism for dating as Dattch had – this time they have incorporated the use of a news section which serves as a location for users to chat and interact with each other more passively.

“The gay scene varies a lot by city—Phoenix, for example, has less of a social element because they don’t have as much going on as New York City,” 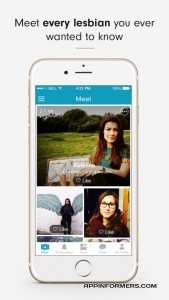 The events section on the Her app means that users are able to find other users who enjoy the same kind of entertainment – again, another way to spend more time with one another (like a passive way of dating someone).

“The biggest things we found were that the need for women to meet each other extended way beyond dating—relationships, to meet and talk with other queer women,” says Exton. “Dating was not necessarily a core problem for Dattch, but anything beyond dating we were unable to address in a platform that was not designed for that at all.”

Her provides a warm and friendly place to chat with people who have the same interests as you. Her acts as a mirror on how women go out in real life, opposed to pure dating – something which most dating apps have left behind.

Her could see itself becoming more and more popular, since the way it was made, as well as the features, has not been done many times before.

Her is available for iOS only, at this stage.