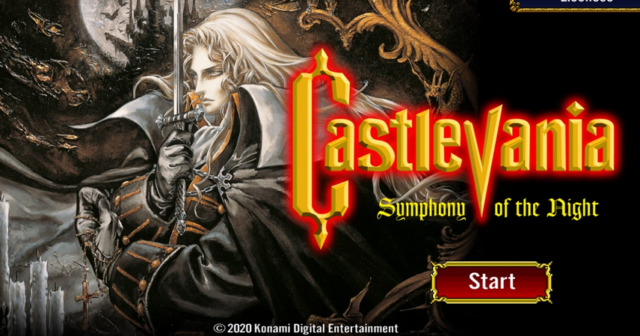 If you had the original PlayStation many years ago, you may remember playing Castlevania: Symphony of the Night. This was one of the most popular games on the PlayStation and also one of the most beautiful. We’ve got great news if you were a fan of Castlevania because the popular 2D side-scrolling game is now available for iOS and Android.

What’s noticeable right off the bat with the mobile version is that it looks very similar to the original. That means it stays true to the 2D side-scrolling game with a great story that you likely spent hours playing. We have all of the details about Castlevania: Symphony of the Night so keep reading to learn about this new mobile game available right now.

Castlevania: Symphony of the Night Lands on Mobile for Some Nostalgia

Even though a 16-bit and 8-bit version of Castlevania was released for the Nintendo, it’s the PlayStation version that people most remember the most. Even the version for Sega Genesis doesn’t compare to the beauty and fun of the original PlayStation game.

Now, you can create those memories with Castlevania: Symphony of the Night mobile. This new game is available for both iOS and Android so it’s a game almost anyone can play. This game is not free though. We’ve learned that it will cost you $3 if you’d like to get the game on your mobile device.

A lot of games that came out for the original PlayStation really took advantage of the new technology at the time. What we mean is all of the processing power that the PlayStation had available to create a ton of 3D games. Konami actually decided it was better to develop a 2D side-scrolling game. The company felt that gameplay and graphics were more important. The gameplay and story in the PlayStation game made it one of the most memorable. In this new mobile version, you’ll have those same great details that really bring back the nostalgia of 23-years ago.

Castlevania: Symphony of the Night Mobile is Compatible with Controllers

Castlevania: Symphony of the Night for mobile will be compatible with gaming controllers, which is great for those who want the original feel of the game. Even though the game is available for iOS and Android, the gaming controller compatibility gives Android an edge. With Android, you are able to use any Bluetooth controller you have available to you and it’s very easy to setup. 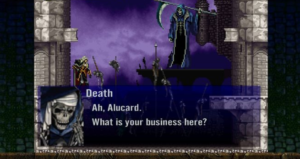 It’s a bit harder on iOS to use a gaming controller if you weren’t already aware. What we mean is that it’s way more limited in terms of compatible devices. Apple only made a few gamepads compatible with iOS. The controllers also have to be MFI approved, so it’s a much smaller market compared to Android. So if you have both an iOS and Android device, we suggest playing Castlevania on Android. The main reason for this is that you’ll have better controller compatibility.

Will You Play Castlevania: Symphony of the Night on Your Mobile Device?

The best part about this game being on mobile is that it’s compatible with a variety of devices, including both iOS and Android smartphones. It’s also supported on the iPad so you can play on phones or tablets with ease. You can play on both types of devices and see which device you prefer to play the game on if you’re unsure. 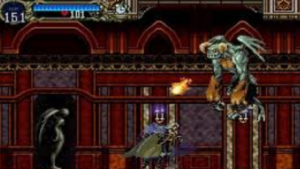 We also know that with the mobile version of Castlevania, there is support for on-screen controls. This is something we’re very excited about since on-screen controls are incredibly useful. You may not know this, but some people have downloaded an emulator to play the original PlayStation version of this game. The emulator allows the game to run on their mobile device or PC, but now you don’t have to go through that to play the game.

You can find Castlevania: Symphony of the Night available on both Apple’s App Store and Google Play Store right now for $3. In the comments below, we want to know if you’re going to check out the mobile version of this immensely popular side-scrolling game.

Did you play Castlevania when it was released years ago on the PlayStation? Was this a game you enjoyed back then or did you find it too boring? What other old school games do you hope will make it onto mobile in the future? If you’ve had a chance to play Castlevania: Symphony of the Night on mobile, we want to know what you thought about it in the comments below. What would you change about this mobile version and what did you like the most?