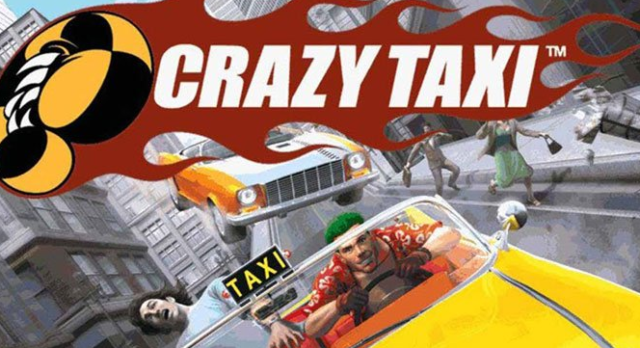 Crazy Taxi has finally come to both iOS and Android in a free adaption of the popular Sega video game. Yes, that is correct; the Sega classic Crazy Taxi is now available on your mobile device or tablet. If you remember the fun driving game from your past, read on to learn more about the new spin on the cult-classic Crazy Taxi.

You can play Crazy Taxi right now for free on both iOS and Android. This is the updated adaption of the super-popular game Crazy Taxi that used to be on Sega. If you remember this game at all, it was a really fun driving game with a lot of adventure and racing. This is a free-to-play game and it will be very similar to the original Crazy Taxi that was on Sega. The release of the classic Crazy Taxi comes just before the new game; Crazy Taxi Gazillionaire is to be released for mobile devices. 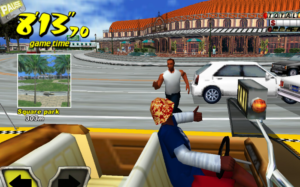 Crazy Taxi was first released back in 1999, which was quite a long time ago if you think about it. Crazy Taxi was an arcade game first, and then it was released to the Sega Dreamcast back in 2000. If you have not heard about Crazy Taxi before, it was a racing game that was very over-the-top, but the gameplay itself was simple. All you had to do was pick up various customers and then drop them off wherever they needed to go. The only catch was that you had to pick the customers up and drop them off as quickly as you could.

If you completed the rides quick, you earned more money in the game. You also could perform various stunts in order to make money in the game, which would be things like just barely missing hitting another car or doing tricks and stunts with your car. You could jump over a lot of ramps and earn money, and it was a really fun way to just make the driving experience that much more insane. Crazy Taxi was all about being crazy, hence the name, while you were also acting as a taxi. 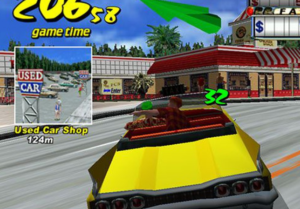 The more crazy and reckless you were with your driving, the more money you would earn, and also the more fun the experience was overall. There was even a music soundtrack for the game, which included rockers like Bad Religion and The Offspring.

It was the insane driving goals and fun soundtrack that made Crazy Taxi one of the best games of the early 2000s. Now, you can relive all of that fun and glory with the mobile game adaptation of the Sega classic. While you might be sitting there thinking about how the game was already available before, well it was, but it did cost money and it was not compatible with some devices.

Crazy Taxi has since been updated to be compatible with the 64-bit devices, and has dropped from $4.99 to being completely free. This is actually really good news because the rumor is that iOS 11 will no longer support the 32-bit apps. So by this app now including 64-bit support, the game will continue to be functional long after the new iOS is released.

The Catch to the Free Crazy Taxi App

While you can get the game completely for free though, there is a catch for this game now to be free for people on iOS and Android. Just like with most things in life, there really is nothing for free, and you definitely are paying for it somehow. In this case, while the game is free you will have to deal with advertisements.

The really cool news though is that if you have purchased Crazy Taxi in the past, you can eliminate the advertisements with just one click. You can click on “Restore Purchases” and this will basically go back in the system showing you paid for the game, and then it will remove the advertisements for you since you paid for the game already. If you do not mind the small ads, it is well worth the no cost to download Crazy Taxi, mostly because it is a fun piece of nostalgia that you can continue to live out through your mobile device.