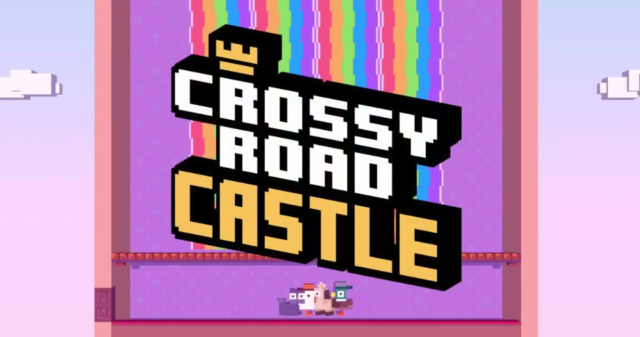 We have some great news if you are a fan of the Crossy Road game that’s been a huge hit on both iOS and Android. We’ve learned a new game called Crossy Road Castle is slated to hit Apple Arcade within the year. The game should be released sometime before the end of 2019, and we have all of the details about it below.

We are really excited to learn that there’s going to be a new Crossy Road mobile game that will be coming out by the end of 2019. The new game is called Crossy Road Castle, and it’s going to be available for Apple Arcade. As you probably have heard by now, Apple Arcade is a new subscription gaming service that was released by Apple within the last month. There will be a lot of cool features coming with Crossy Road Castle, including both Xbox controller and PS4 controller support. 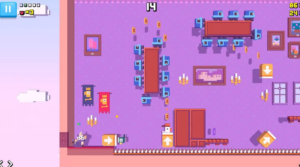 Another great feature of Crossy Road Castle is that it’s going to support multiplayer mode too, and the support will be for up to four players. In this new game, you will climb up towers that are really colorful and graphically stunning. Crossy Road has you trying to dodge cars as you cross the road, so the difference is that instead of doing that, you’ll be climbing up towers. Similar to other games, the higher in level you go, the harder the towers will be to climb.

The Crossy Road Castle game looks like it’s going to be a lot of fun because you can do so many things in this new game. You’ll be able to defeat various enemies that you come across as well as unlock various characters, and even collect a ton of coins. You also can earn hats in the game which allow you to dress up the various characters you use in Crossy Road Castle. 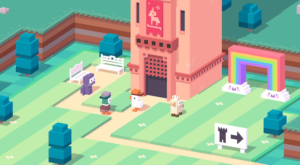 The game is also going to be launching with a Unihorse Tower, which sounds pretty interesting. With this level, you will endlessly be climbing up in the air. There’s going to be a lot of other characters and towers that will be released in future updates to the game as well. It sounds like the initial release is going to be full of fun levels and characters, which should keep you entertained for a while until the new content is released.

Are You Excited for Crossy Road Castle on Apple Arcade?

If you’ve played Crossy Road then you know about what to expect for the new Crossy Road Castle game. The mobile game launched for both iOS and Android back in 2014, and it was developed by Hipster Whale. Crossy Road appears to be pretty successful and popular since it’s managed more than 1 million downloads just from the Google Play Store alone. We don’t know the numbers on iOS since Apple doesn’t disclose that information. 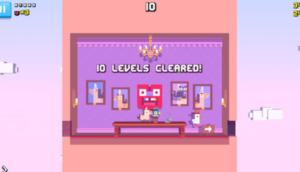