We’ve got great news coming out this week from 505 Games that may be of interest to you. The company just announced that Death Stranding would be coming out for both Steam and Epic Games Store. The release date is set for summer 2020 and we’ve got all of the latest details about the upcoming release below. 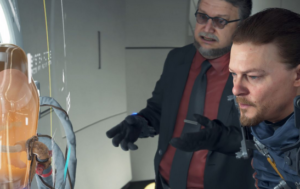 505 Games is saying that Death Stranding is going to hit both at the same time, which is great news for the PC gaming community. Some people had thought that this game would end up an exclusive to Epic Games Store, but this announcement proves that theory wrong.

It was only last week that it was announced 505 Games would be responsible for publishing Death Stranding. If you haven’t heard about this game before it’s a third-person ambler game set in the valley. There are many positive reviews of the game on other platforms, such as the PlayStation 4. 505 Games released a statement acknowledging it would be responsible for publishing the game and also said that it had received a lot of mail wondering how the PC version would be handled.

Even though Death Stranding won’t be released until sometime in the summer of 2020, the game is available for pre-order right now. You can go to either Epic Games Store or Steam and pre-order the game since both options are available as we speak.

It will cost you $59.99 to purchase the game through pre-order and expect that price to stay that high for quite a while. While you might think that’s a high price for a PC game, the reviews definitely show just how cool and graphically-pleasing the game is.

The only thing we don’t know right now is if the game will be coming to other platforms. 505 Games has not said that the game would be coming to any other storefronts so it looks like as of now, Steam and Epic Games Store are it.

It’s possible that a release on another storefront will happen, but it likely will not happen at launch. If any other storefronts get the game, it will probably be later in 2020, but we will keep you updated on any details we hear regarding other stores.

Are You Going to Purchase Death Stranding?

Since this game is available for the PlayStation 4 already, we wanted to know whether or not this is a game you’ve already purchased on that platform. If you have purchased the game on PlayStation 4, do you see any reason to purchase the game for PC? Do you think that it’s possible this game will do just as well on PC as it has on PlayStation 4? Are there games you can think of that did better on one platform over the other? 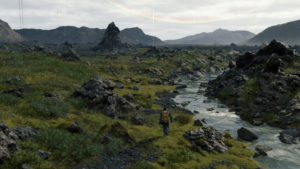 We also want to know in the comments below if you feel the price is worth it for this game. Some people think that this game is good but definitely not worth the price of other top-tier games. 505 Games has not mentioned any launch sales for Death Stranding either on Steam or on Epic Games Store. Would you be more willing to purchase the game if there was a launch sale or promotion in the future for the game? Let us know in the comments below your thoughts and overall opinions on Death Stranding and if you’ll be purchasing it in the summer of 2020.