If you’ve been wondering when EA was going to bring the very talked-about subscription service to Steam, we have exciting news for you. EA just announced that EA Play was going to hit Steam on August 31. You might have heard of EA Play recently since we’ve talked about it before. It was just announced Origin Access and EA Access have been combined into one. We have all of the latest news of EA Play coming to Steam so keep reading to learn all about it.

EA Play, which is the new name of EA Access combined with Origin Access, will be coming to Steam within the next week. We’re super excited about this news and it’s going to allow you to play a ton of EA titles right from Steam. Some of the EA titles that we know will be on Steam include Titanfall 2, Star Wars Jedi: Fallen Order, and even the new releases coming out soon. The new releases will include both Star Wars: Squadrons and Madden NFL 21. 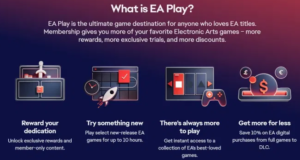 You’ll be able to play all of these EA titles with just one subscription cost from within Steam itself. EA Play is already available through the PC thanks to Origin. We think it’s great that it will finally be available through Steam. Steam is the biggest PC gaming platform out there. This means that EA is going to find a much bigger PC gaming audience landing on Steam. You also can find it on Xbox One and PlayStation 4. Steam now is the fourth avenue you can go to if you want to check out the subscription service.

Since EA consolidated EA Access and Origin Access, there is a new name for what you might know as Origin Access Premier. Origin Access Premier now is known as Play Pro and it’s the higher-tier subscription service offered. The EA Play regular version is $5 per month, which is only $30 a year for access to a ton of the most popular EA games available. 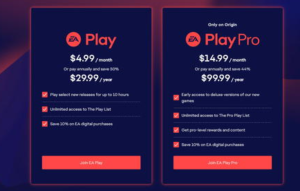 Pro on the other hand is $15 per month which is $100 a year. There are some differences obviously between EA Play and EA Play Pro. The differences mostly have to do with the games available to you on each subscription level. You can always start out on the lower-tier and then purchase the more expensive one once you’ve had a chance to try it out yourself.

With EA Play, you have a limited selection of EA games to choose from on Steam. That includes only 10-hour trials of some of the newest games from EA. Some people might not like the limitation and that’s where Pro comes in. Play Pro is an expanded list of EA games that you will be able to play and the time limitations are removed.

Are You Interested in Purchasing an EA Play Subscription Through Steam?

The cool thing is that even though it’s all been consolidated into EA Play, all of the benefits are the same as they were when the two services were separate. You can think of Play Pro as being similar to the Xbox Game Pass. This means there are no restrictions and you have the ability to play all of the games you want. Play itself means free trials, early access to games before launch, and the ability to play games from the EA catalog. Whichever tier you want you will be able to get on Steam when the service officially launches August 31. 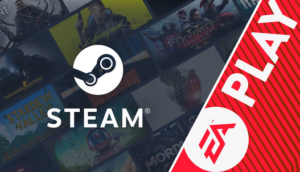 In the comments below, we want to know whether or not you’ll be checking out this subscription service on Steam. Do you already have EA Play on another platform such as through Xbox, PlayStation, or Origin? Are you willing to pay the higher-tier price in order to have unlimited access to all of the EA games? Do you think that the price is good for both the regular subscription and the Play Pro subscription? What games are you hoping will come to the service in the future?