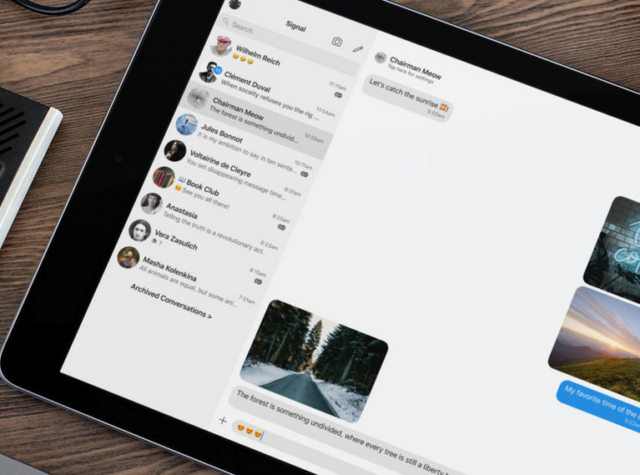 We have some great news for you if you are using the encrypted messaging app Signal. A new iOS update was released this week that brings support for the iPad. We know how much people love their encrypted messaging apps, and if you haven’t tried Signal yet you’re definitely missing out. Read on to learn more about Signal and the new iOS update that has just been released.

You will find that the newest version of Signal is version 3.0, which can be downloaded right now from Apple’s App Store. Once you download the update, you’ll notice that there’s now a dedicated version to support the iPad. This is great news for people who would rather be using Signal on their iPad over their iPhone. We’ve already tried out the new dedicated version and love how the app works overall and how smooth it runs. 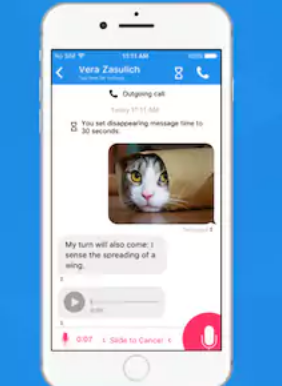 What we love the most about this update is that it now allows you to use both your tablet and your phone together. You can link your tablet as a device so that you can get the app to work with your iPhone seamlessly. This means that you can receive messages or send messages using either device once you’ve linked up your devices. If you are charging your iPhone, now you’ll have the option to switch over to the iPad and not have to worry about losing messages that are sent or received during that time.

If you download the new Signal iOS app update, you’ll also see a refreshed interface. The new interface is specifically designed for those on iPad, which means there’s a lot more room in the app itself. You won’t need to be zooming in anymore in order to see various items. This is great news because the zoom can make certain items look weird and the pixels seem distorted if you have to zoom too much. Since this version has been optimized for the iPad, the whole interface seems to run smoother and offers great visual detail. 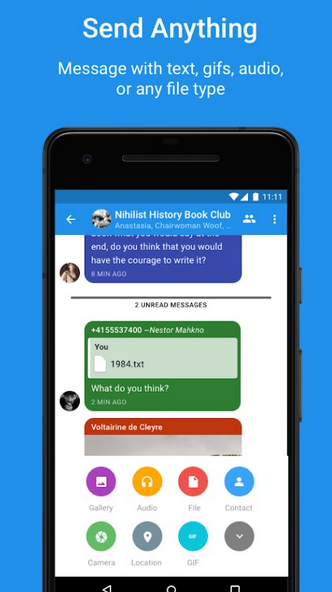 While using the iPad, you also can switch to landscape mode and view all of your conversations through landscape mode. There are so many great additions to the app and we love how refreshed it feels while viewing it on the iPad. You can even do things such as call someone or message them just by clicking right on their avatar.

Did we also mention that Signal supports so many different languages that it’s easy to talk to people from all over the world? Signal supports languages such as Vietnamese, Telugu, Ukrainian, Marathi, and Urdu. Hini, Bangla, and Tamil are also supported languages in the app. There’s so much support for various languages that it ensures you’ll be able to communicate with anyone you want without any barriers.

While the support for the iPad might be one of the most notable additions, there are other new features found in the app too. You’ll notice that there’s now video trimming support, which is found right there within the app. We love this built-in video trimming support and it allows you to flip a video clip and make it a highlight. It’s very easy to use this video trimmer and even if you’ve never edited videos before you’ll find it very user-friendly. 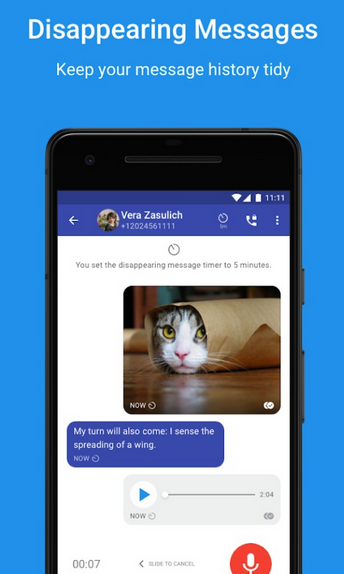 The final addition is that you are able to edit messages and forward them so that you can be more clear on those messages you’re forwarding. If you’ve written a message but noticed that it’s not very clear or that you left out something important, the ability to edit messages before forwarding is going to come in very handy. All of these new features can be found in the Signal 3.0 update which is live right now on Apple’s App Store. If you have Signal on your iOS device, then you should be getting the over-the-air update within the next few days.

Once you have tried out the new Signal app, we want to hear from you on whether or not you like the new features. Did you download Signal onto your iPad and notice how much better it looks with the iPad support built into the app? Are you able to see things much better on your iPad? Do you enjoy the new features such as the built-in video trimmer and the new interface?