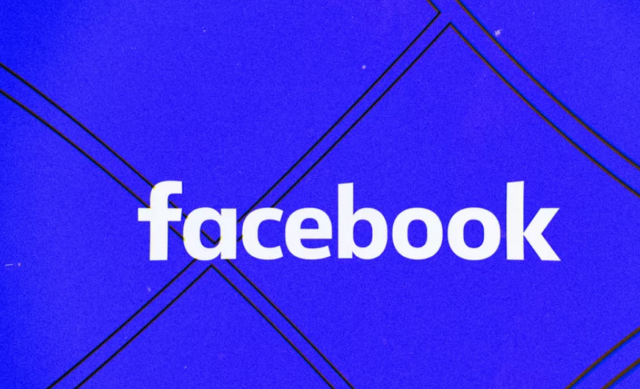 Apple has always had stringent policies when it comes to the Apple App Store, but this week it was taken to another level. Facebook just launched the Facebook Gaming app on iOS, but had to remove all mini-games within the app to get accepted by Apple. Apple rejected this app many times due to the mini-games that you can play. We have all of the latest news on Facebook and this new Gaming app that Apple has had such an issue with.

The Facebook Gaming app has officially launched on iOS after months of rejection from Apple. The app launched without any mini-games included it in. While that might seem like a huge issue for those waiting for this app, it’s actually not the main purpose of the app so we’re not too sad about this change. 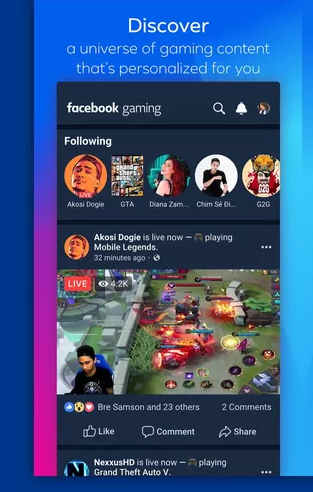 It turns out that Apple was rejecting this app due to those mini-games, which is really disappointing. For months Facebook has tried to get this app onto Apple’s App Store but was rejected everytime unless those games were removed.  Facebook slammed Apple and those policies and said that the experience will be inferior since Facebook had to remove those mini-games.

The Facebook Gaming app is an app you can download that allows you to watch various game streamers play their video games. It’s not primarily an app to play games but did contain some mini-games you could play. In order to get onto Apple’s App Store, Facebook had to remove those mini-games and instead just focus on the video game streaming aspect of the app. As you might expect, Facebook was not at all happy about this situation.

The Facebook Gaming app for Android launched a while back, and the app statistics show just how many people use the app to watch streams compared to playing the mini-games. The usage data that Facebook shared about the Android app showed that 95 percent of all people using Facebook Gaming are doing so to watch video game streams. 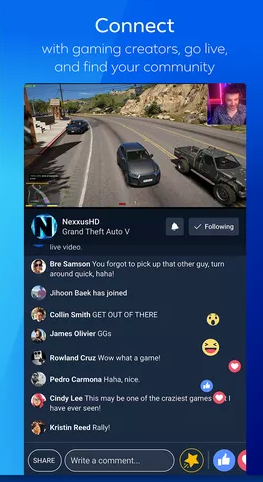 That means that most people are not playing those mini games from within the Facebook Gaming app. The data usage shows that people are using the app for what it was intended for. Apple used the justification that the primary purpose of the app was actually to play games when it rejected the app, but the data showed that it’s just not true.

Even though Facebook shared this information to show that the mini-games are not really why people use or download the app, Apple still would not accept it unless the mini-game feature was removed. Facebook said that there are more than 380 million people that play games through Facebook every month, and the company plans on continuing to build that special community. The Facebook Gaming app is there to allow people to watch the streamers since Twitch and similar services have been shown to be incredibly popular in the gaming community.

We’ve been keeping tabs on the Facebook Gaming app and all of the issues that Facebook has had trying to get it onto Apple’s App Store. If you’ve checked out the Android version before, then you know about those mini-games that are included in the app. These mini-games are all from the Facebook Instant Games service and this is where Apple has an issue, even though most people don’t play them. 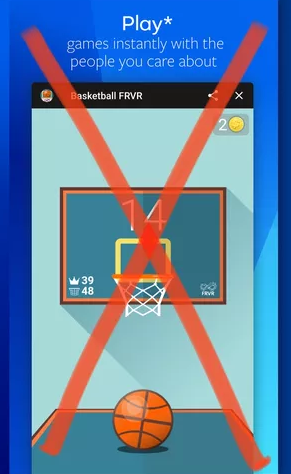 Facebook has had issues on other apps too, including both Facebook Messenger and the regular Facebook app. Instant Games has been basically non-existent on iOS due to Apple forcing the issue and not allowing those games onto the App Store through the main app. Apple doing things like this really does hinder the gaming community and hinders innovation with gaming too, including various cloud services and cloud gaming abilities.

In the comments below, we want to know whether or not you’ve played any of the mini-games available in Facebook Gaming. If you own an Android device and have played the games, we want to know which game you liked the best. Do you think that Apple is wrong to continue to reject Facebook and other companies that put mini-games into their apps? What do you think about Facebook overall and do you use Facebook currently?