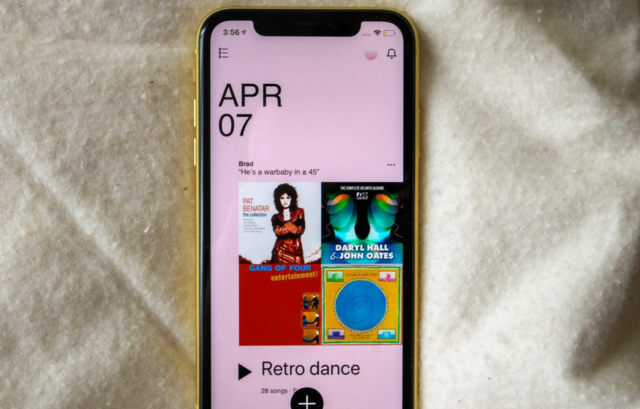 If you’re looking for a new app to try out while you’re stuck inside due to the coronavirus, we just received information about a new app from Facebook. We wanted to tell you about a new app that just launched on iOS. This new app is called Tuned and it’s an experimental app that was developed by a team over at Facebook. The premise of this app is to allow you to build a digital scrapbook of your relationship with your significant other. Read on to learn more about Tuned and how this iOS app allows you to record moments with your other half.

While you’re stuck inside trying to think of new games or apps to download you may want to check out the new experimental app released by Facebook. This new app comes from the New Product Experimentation Team, known as NPE, which is part of the Facebook team. With this new app for iOS, you are going to have a new way to connect with your significant other. 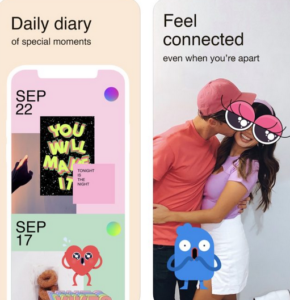 The app is called Tuned and it’s an experimental chat app that is similar to a digital scrapbook. If you want to be yourself, then this app might be just what you’re looking for in a chat app. It’s different from other chat apps out there because it does allow you to build a digital scrapbook. Facebook already owns WhatsApp and Facebook Messenger, so this digital scrapbook ability allows it to stand out from the chat apps that most people are familiar with.

Obviously, Facebook didn’t want to directly compete with WhatsApp or Facebook Messenger when creating this new app. Those two apps are constantly two of the most popular mobile apps for chatting and social interaction and have been for years. Tuned is different than those apps and has some unique features that we wanted to tell you about.

Even though the chat ability of Tuned is really fun and easy-to-use, it’s the scrapbook-style of the app that really sets it apart in a world full of various chat apps. The ability to build your own scrapbook in a digital style is what people are going to really find fun with this app. If you like to record special moments in your life and relationship, this is an app that you’ll find is very useful for both you and your significant other.

Tuned allows you to also exchange music with your significant other since there’s integration with Spotify built right into the app itself. There are many features in Tuned that you’ll really love, including being able to share your mood with your boyfriend or girlfriend. This is a private app that allows you and your significant other to just be yourselves and be quirky or serious depending on the situation.

Since most people are stuck in a shelter-in-place or quarantine situation, it can be difficult to feel a personal connection with others. A lot of couples are having trouble during this time since either they cannot see each other as much as before or they are stuck together under the same roof. It’s during these challenging times where an app like Tuned will be useful since you can make a scrapbook of your special moments or simply just chat and exchange music recommendations with your significant other.

Tuned Allows for Creative Expression of Love & Includes Many Features

There are several different features of Tuned including being able to create your own scrapbook in digital format. This scrapbook ability is for you and your significant other, which means it’s private and can include any pictures or videos you want. If you have a Spotify account, you can connect it so that you can share your playlists and favorite songs with your boyfriend or girlfriend.

There is the ability in Tuned to share your mood and that allows you to also see how your significant other is feeling. By sharing your mood you will be able to talk about your feelings and emotions. Right now with the coronavirus and shelter-in-place situations, it’s important to talk about your mental health and talk about what you’re feeling before you start to feel too isolated.

There are also reactions and customized stickers available in Tuned and it allows you to express what you’re thinking or feeling. Beyond that, you also can send photos, cards, voice memos, and even notes to your significant other. All of these features allow you to connect in a unique and special way, and it goes way beyond a typical chat app like WhatsApp.

Will You Try Out Tuned to Help You Communicate with Your Significant Other?

Some people might be laughing at the notion of a “private” app developed by the Facebook team, and that would be expected. We say this given the fact that Facebook has a long history of actually not being a very private platform. It’s notoriously given away information about users, a lot of times without the knowledge of those using Facebook. Either way, Tuned is going to help keep you connected to your significant other during this difficult time. This app will allow you to share private memories with that special person from the comfort of your own home.

You can download the app right now through Apple’s App Store and it’s free. Once you’ve tried out the app, come back here and tell us what you think of the app. Does this app really stand out from WhatsApp and Facebook Messenger? Do you like that there is the ability to build a digital scrapbook with Tuned? What other features would you like to see come to Tuned in a future update?