Facebook Moments, the social network’s just recently launched photo-sharing app which typically aims to handle the issue of making friends never sharing their photos with one another, is expanding to video. The app received its primary substantial update today since its release in the middle of June, and can now automatically develop a video of your shared photos which you can customise, customise and share back to Facebook.

The brand new feature, although it is arguably fairly minor addition, could make the application much more compelling for Facebook users who didn’t see the valve in the options which it has previously 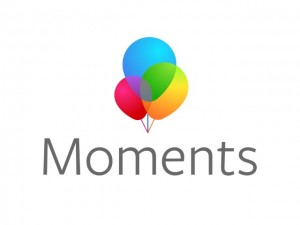 offered. Whilst the early adopters of Facebook Moments begin to share their photo-based video creations for others to see, their friends could likely be more inspired to try out the application for themselves.

Facebook Moments will now instantly, and automatically, create a music video for any grouping of over five photos or images, with the update. Users are also able to tap on the video, whilst in the application, in order to further customise it. They can change any included photos and select from around a dozen other background songs. Once the user has finished making their (very optional) edits to their video, they can then share the video directly to Facebook with just one more tap. Users are also able to tag any friends who may appear in the video.

With the new option to automatically create a video out of shared photos, this makes Facebook Moments at competition with similar services. For example; Flipagram, or the automatically created animations which are provided by Google Photos through the “assistant” feature.

The new feature within the application, Facebook Moments, aren’t only fun diversions for users and consumers. As well as this, they are also very practicalFacebook  as tools to help people do more with their photos – instead of just storing hundreds of photographs within a smart device, they can instead become something that others can appreciate.

As well as users making a benefit, Facebook are also able to benefit by making video-sharing easier for their users. Video has very quickly become one of the fastest-growing categories on Facebook – over four billion daily views on videos can easily confirm this. Because of this, Facebook has been able to sell a lot more video-based advertisements – this is exactly why the network has been increasing and improving video-features. For example: video analytics, live streaming, and the watch later button.

Facebook Moments is also the very latest application which has emerged from Facebook’s Creative Labs. The people behind the Creative Labs are also responsible for many other applications: Facebook Groups, 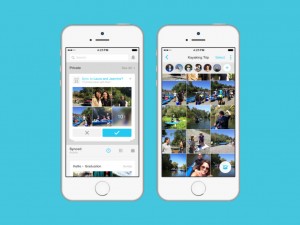 Mentions, Rooms, Facebook Paper, and Slingshot are just a few of them.

Many would agree that some of Creative Labs’ previous efforts have turned out to be a big flop – but, many would also agree that Facebook Moments has great potential. Data shows that the application is maintaining an perfect ranking within the Photo & Video category, on Apple’s App Store. It is currently rank number 107 and has only recently been released. It is rapidly climbing its way up the ladder, as more and more people begin to use it. The application is doing a whole lot better on Android’s favourite application store, the Google Play Store, where it is rank number 19 in the photography category.

With that being said, it is important to keep one factor in mind. It is gaining a lot of popularity from the press, at the moment – this could be making users quick to start the download. Either way, the app is doing a lot better than some of Facebook’s Creative Labs’ other efforts, such as Rooms and Slingshot. Those applications have fallen below the rank of number 1,500.

The Facebook Moments application has been solving one of the biggest challenges, which smartphone users have faced since the beginning. Many smartphone users want to get a copy of their friends’ photographs, but they always forget to be sent. Facebook Moments makes it much easier than nagging your friends for their photos – users can privately sync photos from their phone to their friends. It uses date and time stamps, locations, as well as facial recognition.