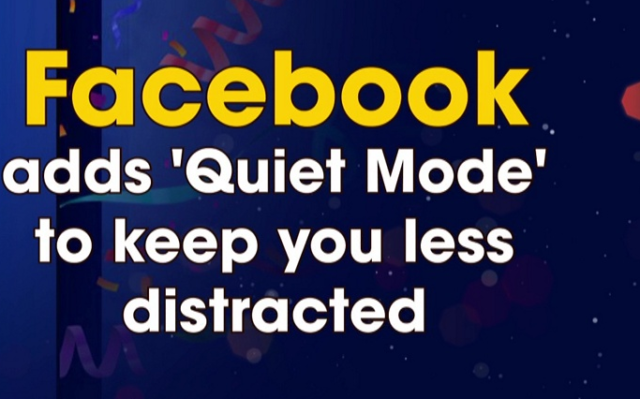 If you have a hard time keeping the distractions out of your way while you work from home, you may be interested in the newest feature to be released through Facebook. Facebook has added a quiet mode feature to both the iOS and Android apps. As you probably have figured out already, it’s definitely difficult to get work done when you have Facebook and those notifications dinging at you every few seconds. Read on to learn more about this quiet mode and how it will help you be more productive and get more work done either personally or professionally.

During these difficult and challenging times of working from home, you may have noticed it’s more difficult to get work done due to your social media. If you have a Facebook account that you’re active on, you likely have noticed the notifications seem to always be happening when you’re in the middle of important business. Whether you’re trying to get work done from home or you’re trying to get some tasks done around the house, it’s hard when you have social media notifications dinging all of the time. 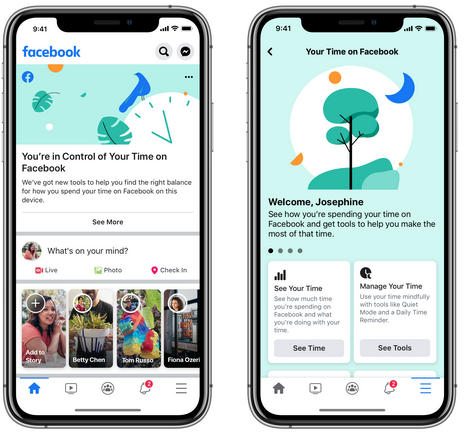 Facebook has decided to roll out something called quiet mode to help you lessen your screen time, and it’s similar to the Apple Screen Time feature. This new feature is available on both the iOS and Android versions of the Facebook app. It will essentially allow you to set your own schedule so that you can mute the notifications from Facebook. This will come in very handy when you’re at home trying to work, since it’s now our new normal thanks to the coronavirus and stay-at-home orders.

Facebook was able to create Quiet Mode through the already functional Digital Wellbeing tools that are built into the Facebook app. If you enable the Quiet Mode feature, you will be able to mute any and all of the notifications that are coming to you from Facebook. You will even get a warning box popping up if you try to open up the app once you’ve enabled the feature. The warning box will also have a timer, which shows you how much time is remaining in Quiet Mode until you can access Facebook again. 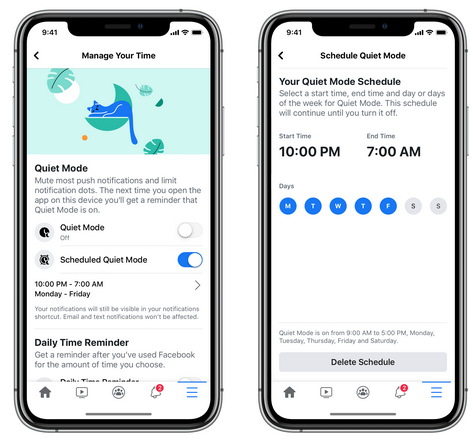 There will be details that show you just how much time you’ve spent on Facebook and you can even see the breakdown. It will show you how much time per day you’ve spent on Facebook and even show you the times of the day when you’re on Facebook the most. There is the option to bypass the Quiet Mode as well if that’s something you need to do or want to do. The Quiet Mode feature was announced as a way to help keep people informed and safe due to the coronavirus according to the Facebook blog post.

Will You Use the Quiet Mode Feature in the Facebook iOS or Android App?

If you have an iOS device, then you will recognize a lot of the Quiet Mode features since it’s very similar to the Screen Time tools that Apple released for iOS. You’re able to set limits on the app categories so that you’re not spending your entire day playing games or on social media. There is always the option too of just going into the Settings on both iOS and Android and just turning the notifications off completely for Facebook and other apps. 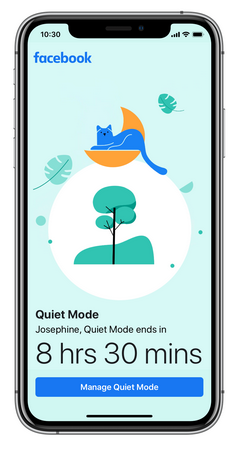 This new Quiet Mode feature is rolling out right now on both iOS and Android, although a full rollout won’t be completed until May. If you want to see if you have the new feature, just go into the Facebook app and click on the menu in the navigation bar. You should see the “Your Time on Facebook” section if you’ve received the update featuring the Quiet Mode. Once you’ve had a chance to try out this new feature, we want to know what you think about it in the comments below.

Do you like that the new Quiet Mode feature is available on both the iOS and Android versions of Facebook? Are you someone that is working from home right now and finding it hard to ignore distractions such as social media and notifications from your social media accounts? What do you think people should be doing to limit their time on social media apps like Facebook? Do you think that people should just practice self-discipline or do you think apps need to all have the ability to force you to stop using the apps during specific times? What app do you find yourself using the most and which app do you wish you could spend less time in?