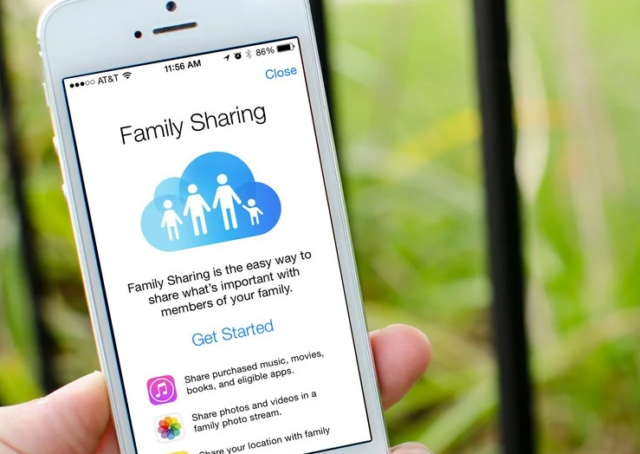 There is a new issue with the iOS Family Sharing feature that is causing multiple apps to crash on iOS devices. The first reports of this issue began to roll in on Friday and it appears the issue is still happening sporadically. It appears that the cause of various apps crashing has to do with the Family Sharing feature, which allows family members to share and download apps and other media that have been purchased. Read on to learn more about this bug and what is being done about it as we speak.

The reports began to show up this past weekend with multiple people saying that they’re seeing apps crash for no reason at all. A significant group of those on iOS have started to see the issue pop up and it appears that the common theme behind the reports is the Family Sharing feature. You may remember when the Family Sharing feature first appeared on iOS, which was back in 2014.

Family Sharing began in iOS 8, and it allows family members to download digital content, apps, and other media that have been purchased. It’s a great way to share the apps and other content with your family. Utilizing the Family Sharing feature also means you only have to purchase the content or app once in order for your family members to also use the app. This feature is very useful but it appears that some flaw has occurred that’s preventing people from opening some of their favorite apps.

There are quite a few apps that have been reportedly crashing due to the Family Sharing feature on iOS. Most of the apps are popular among family members including YouTube, Facebook, WhatsApp, Discord, and Audible.com. 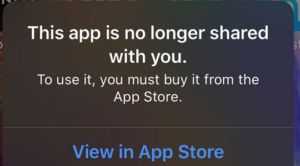 Multiple other apps also seem to be a part of this issue and an error message has been popping up which is also a part of the bug. People have been confused as to what is going on since the pop-up message doesn’t match what they know to be true.

Another message is also showing up that says you need to download or purchase the app from Apple’s App Store. Reports are showing that if you download the app again, the issue is often resolved. What’s even worse about this bug is that it’s happening on a variety of iOS operating systems. Most people are seeing the issue with iOS 13, including the newest iOS 13.5 update.

If this issue has been impacting you, there is a way around it until a permanent fix is issued by Apple. You can simply uninstall the app causing problems on your iOS device and then re-download the app to your device.

Once you’ve uninstalled and re-installed the app, you should be good to go and no longer see this error message. We are hopeful that within the next week Apple will fix the issue permanently but there’s a lot going on right now so we won’t be holding our breath.

In the comment section below, we want to hear from you if you’ve been affected by the Family Sharing feature bug on iOS. We want to know what operating system you’re using and which apps have been crashing and showing the pop-up message. Is Family Sharing something that you do often to allow other family members to use apps that one of you purchased previously?

Have you noticed any other glitches or bugs related to the feature in the past? Do you often use the Family Sharing feature and if so, do you think it’s helpful to have for multiple member households? Lastly, we want to know whether or not uninstalling and re-installing the app worked to solve the problem.