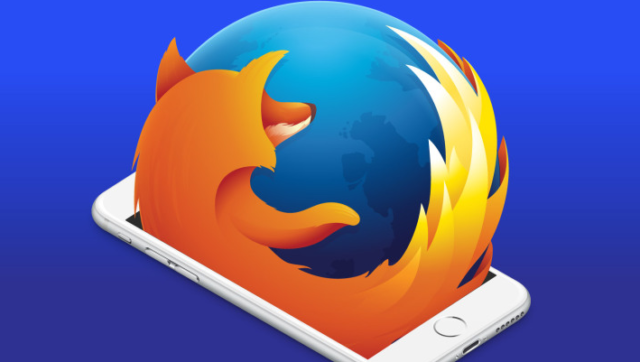 Firefox 12 was just released for iOS, and there are a few new nifty features found in this update. It has been a little while since Mozilla has updated Firefox on iOS, so we have been patiently awaiting this new update. The good news is that there are some new features in the updated Firefox for iOS, and it is already available on Apple’s App Store. Keep reading to learn more about what the new Firefox 12 iOS update brings, and how these changes will better serve your iOS browsing needs.

We are super excited that Mozilla has released Firefox 12 for iOS, because with it comes some new features. One of the biggest changes in this new update is the unified share extensions. You will love how the share extensions are now found all in one menu. You will find all of the options available to you for the things you can do with the link, and it is all in one single location. 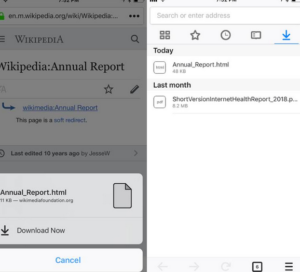 Some of the things you can do with the link is that you can add to your reading list, save the link as a bookmark, or open it directly using Firefox. You also have the option to send the link to another device that has been linked up with your Firefox account.

When you look at the most useful features for Firefox on iOS, the unified share extensions should have really been one of the first additions to the mobile app. We are super happy though, that Mozilla is finally bringing this feature to iOS. The share extensions being unified is not the only change in Firefox 12 for iOS that we wanted to talk about.

Some people might think that the new download file support is the biggest feature to come to Firefox 12 for iOS. With this new feature, you can now download various files onto your iOS device and then view them at a later time. If you want to view the files later while offline, simply long-press the link and it will download. There is the Files application on iOS that you can use to access all of the various files you have downloaded. Other apps on your iOS device will also allow you to view and access these downloaded files. 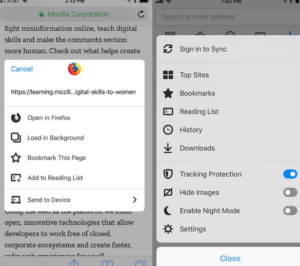 When it comes to Firefox, we often times have wondered just how many people are using this browser worldwide. Mozilla never tells the exact download numbers for Firefox, but we do know that over half a billion people worldwide are using Firefox as their browser. The iOS version of Firefox was released way back in November 2015.

That is actually not that long ago considering how many years Firefox has been available for the PC. With new updates like Firefox 12, Mozilla is hoping to make the usage numbers on iOS even higher. Lastly, Firefox will also add another feature in this update, and we wanted to close with another great addition to the app.

The new Firefox Sync option is going to give you the ability to take all of your important Firefox information to another device. This includes personal information, tabs, and your bookmarks. It is very easy to use this feature because you just have to open the menu and see if you are synced up.

If you are not synced up, then you can click the option to allow you to sync to another device. While this might not be a huge thing for some people, it will make going from mobile to your PC or another device much easier. The ability to sync is very important to some people, so there is definitely a group of people who are going to love this new Firefox Sync ability on iOS.

You can get the new Firefox 12 update for iOS by going to Apple’s App Store right now and manually downloading the update. If you have Firefox installed already, then you should see the automatic update hit your iOS device within the next few days.

Once you have tried out the new Firefox 12 for iOS, we want to hear from you. Do you like the new features added to the browser? What feature are you most excited about and which feature will you be using the most? Let us know how the new update is working for you and if you are happy with this new Firefox update.