We have great news if you’re a Steam user because a new game just went live on the popular PC gaming platform. The new game is called Eternal Magic and it might have been a game that you added to your Steam Wishlist. If that’s the case, then it should only be a matter of time before you receive special gifts as a thank you for your wishlist addition. Read on to learn more about Eternal Magic and it coming to Steam this week.

If you think you’ve heard of Eternal Magic before, you might be right because it was in the news last year well before it finally hit Steam. It only landed on Steam this week but this game was in the news last year as screenshots of the game were becoming available to those online. When those screenshots hit the Internet, people began accusing the game of being a rip off of both World of Warcraft and Guild Wars 2. 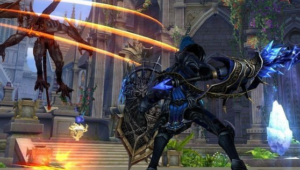 The issue people had with Eternal Magic is that the PvP mode in this game was eerily similar to the PvP mods in both Guild Wars 2 and World of Warcraft. There was also a video released that compared this game to World of Warcraft Battlegrounds, specifically dealing with the skill icon similarities.

Nevertheless, this free-to-play MMORPG weathered the storm and has officially been released on Steam. You may really enjoy the battles and combat found in this adventure MMORPG, and you’ll probably really enjoy the class system in the game which is flexible.

Eternal Magic Released on Steam with Presents Rolling Out

As we mentioned above, if you’ve added this game to your Steam Wishlist in the past there are a ton of presents that will be coming your way. If you want to claim your presents, it’s pretty easy to do since you just need to login to the server. This could be done using a new character you just created or an old character. There will then be an in-game piece of mail that is sent to you after you’ve logged in. From there, just click on this in-game mail and grab up the presents through the mail. 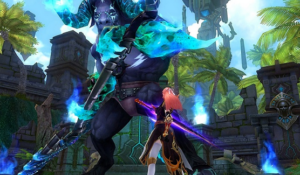 You can only claim these presents for a limited time on Eternal Magic though, so you need to login by tomorrow in order to get these gifts. The presents are only available until the end of the day on April 24. You will get presents such as a charged crystal, pendant, sapphire, beam wings, and even an Astral Drakonid Mount. You also can get 10,000 gold or seven resurrection stones. A pet skill book and spirit stones or lucky coins are also a part of the present offerings.

Are You Going to Download Eternal Magic on Steam?

So if you were one of the many people that added this game to their Steam Wishlist, then head on over and log in to claim all of these presents by April 24. You will find that these presents are going to help you out quite a bit in the game. 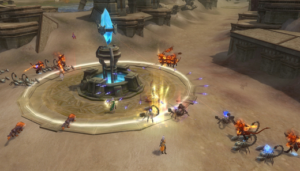 These presents will really be helpful if you want to try to quickly progress in this MMORPG to get even more presents. Even though this game had a ton of controversy last year and was accused of being a rip-off, the reviews aren’t really that bad. It’s a mixed bag in terms of reviews, but it’s still over 60 percent which is pretty good.

In the comments below, we want to know whether or not you will be one of the people downloading and playing Eternal Magic. Did you hear about the controversy and the game being accused of being a rip-off? Do you even care if this game is ripping off certain aspects of PvP from World of Warcraft or Guild Wars 2? If you have already started to play this MMORPG, we want to know from you if you’ve enjoyed the game so far. What do you like or dislike about this game and what other features would you like to see added to the game in the future?