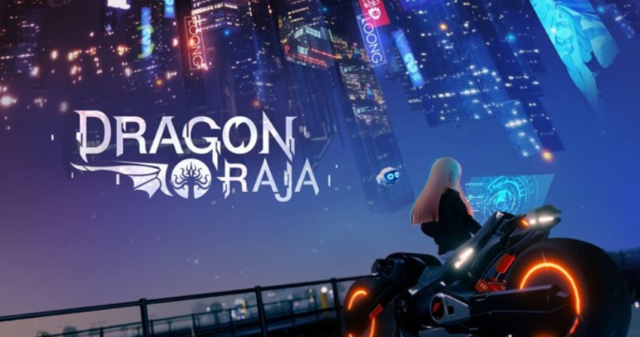 If you love free-to-play MMO games, then you’ll love the new game Dragon Raja. This game has just been released for iOS and Android and it was developed by Archosaur Games. The MMORPG is one of the most highly-anticipated games to launch this year with more than 1.5 million people pre-registering for the game. We’ve got all of the details about Dragon Raja below, so keep reading to learn more.

We’ve told you about some really good releases on iOS and Android lately. Now, we wanted to tell you that the highly-anticipated MMORPG Dragon Raja is now available on mobile devices. This free-to-play MMORPG has definitely become popular in the short time that it’s been available. It actually started to become popular when it was announced this game would be coming to iOS and Android. Over 1.5 million people pre-registered for the game, which is a pretty significant number for a mobile game. 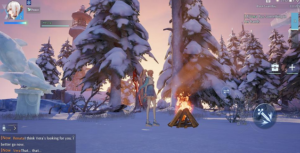 One of the most impressive aspects of this game is the graphics, which is what really sent so many people to the site to pre-register for it before it was released. There are realistic shadow and light effects in the game as well as motion capture technology. Combine both of those elements and you get incredible graphics optimized for mobile devices. The look appears to be more inspired by cyberpunk and Dragon Raja itself is set in a Toyko-like world.

Incredible Details Send Dragon Raja Up the Charts After Release

There are also different types of weather situations in the game and with realistic detail. If it’s snowing in the game, then your character will end up leaving footprints behind in the crisp white snow. In the game after it rains, you’ll even notice that the ground is a bit slippery. It’s the attention to detail such as these that have skyrocketed Dragon Raja up the charts already on both iOS and Android. A lot of other MMOs on mobile lack these details, so it makes this game really stand out. 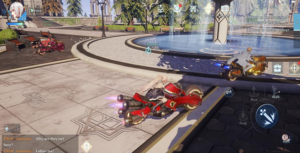 The story itself is also very compelling and it’s also a more personal kind of story than most other similar games on the mobile market. There are many decisions you have to make in the game and each decision you make impacts the game. Your game will change based on each and every decision you make.

Dragon Raja also stands out in terms of MMORPG due to the character customization available to you in the game. There are so many different ways you can customize the character to make it how you want, and thousands of combinations are possible. You can also make your character have multiple personalities.

One cool aspect of this game too is that you can and select a career for your character. It’s definitely a game with a lot of detail and customization. You will also have PvP combat and PvE combat in the game. In Dragon Raja, the combat actually happens in real-time since you will be able to play against or with other players.

The servers have been developed to take on a large group of people at once. That means combat is going to be insane in this game. We also are excited about this game since it comes with voice chat. The voice chat is an instant way you can talk to other people, including your friends while playing this game. You can get this game right now by heading to Google Play Store or Apple’s App Store. This is a free-to-play game but it’s important to note that there are in-app purchases you can make in the game.

Have You Had a Chance to Play Dragon Raja Yet?

In the comments below, we want to know what you think of Dragon Raja and if it sounds like a game that would interest you. Are you one of the millions of people that pre-registered for the game? Do you like MMORPG or do you feel that there are too many of these styles of games on iOS and Android?

What about Dragon Raja do you think sets it apart from other similar types of games? Is attention to detail in terms of graphics important to you? Are you someone that enjoys a personal and compelling storyline or are you just into the combat and other aspects of the game? What did you like and dislike about the game if you’ve already played it?