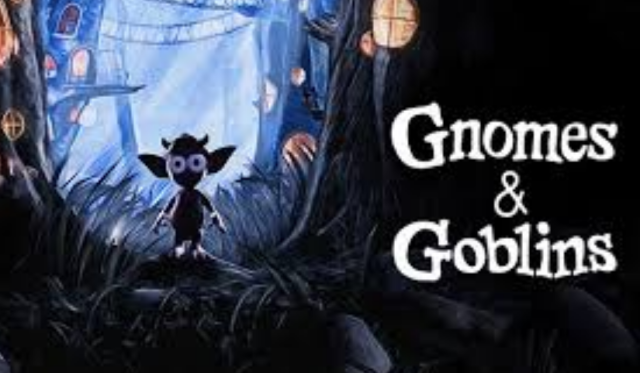 It’s been four years since Gnomes & Goblins first was made available on Steam, but this whole time the game has been in preview. We’ve now learned that the full game has been released on Steam and the game was published by WEVR Inc and Madison Wells Media. You might have heard about this game before since director Jon Favreau first pitched the idea for this game. Read on to learn more about Gnomes & Goblins and what you’ll see in the full version of the game.

It’s been a long time coming, but Gnomes & Goblins has finally been released as a full game on Steam. Four years ago, this game was released on Steam as a preview and we thought we’d never see the full version of the game show up on the PC gaming platform. This game has Jon Favreau attached to it, so it’s going to automatically become popular because of that detail. The game will cost you a few bucks on Steam though since the launch price has been set at $29.99. 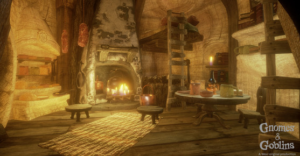 Gnomes & Goblins is an open-world virtual reality game, which means you’re going to need an HTC Vive or Valve Index to play this game. You’ll notice that this game also requires you to have pretty powerful equipment in order to get the most out of the game, including a powerful GPU and CPU.

If your PC is of the lower specifications, you will need to set the graphics and video to either low or medium. A more powerful PC will be able to play this game on a high video and graphic setting. Speaking of requirements, a minimum RAM for this game is 16GB RAM, which is more than what you needed for Half-Life: Alyx if you’ve played that game before.

What Gnomes & Goblins is All About

The main story of Gnomes & Goblins is focused on the culture of the goblins and the village that they live in. Goblins have a very difficult and tense relationship with the gnomes, and this is going to be one of the conflicts in the game. The game itself takes less than one hour to play, so it’s a quick game but also relaxing and unique. You will be able to explore the village that the goblins live in and collect various items in the game too. 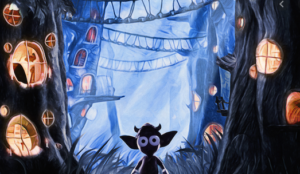 Gnomes & Goblins is an open-world game, so you’re going to be able to play in various ways and also go through multiple experiences and situations. There’s not a set way to play the game, which is something that makes open-world games more fun and enjoyable to some people.

In the game, you will be able to harvest, farm, brew, and also interact so it’s a fun little world where the experience is whatever you want it to be. There are Achievements in the game and if you play the open-world mode then you can expect to spend about four hours playing the game.

Have You Played Gnomes & Goblins Yet on Steam?

There are a lot of cool aspects of this game and the gameplay itself is pretty smooth. The graphics are really nice and it’s a quirky little world that you might find yourself getting lost in pretty easily. If you did play the preview of the game then you know what we’re talking about. It’s fun and it’s also a bit relaxing and a stress-reliever in a way. 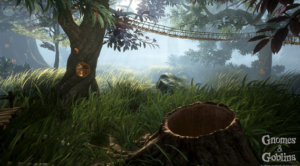 A tool in the game called “Magic Eye” allows you to transport yourself into different areas of the map, including the forest. There’s a lot of forest area to explore in this game so that “Magic Eye” comes in very handy. We just wish that there was a medium-range teleportation option in the game, but maybe we will see that in a future update.