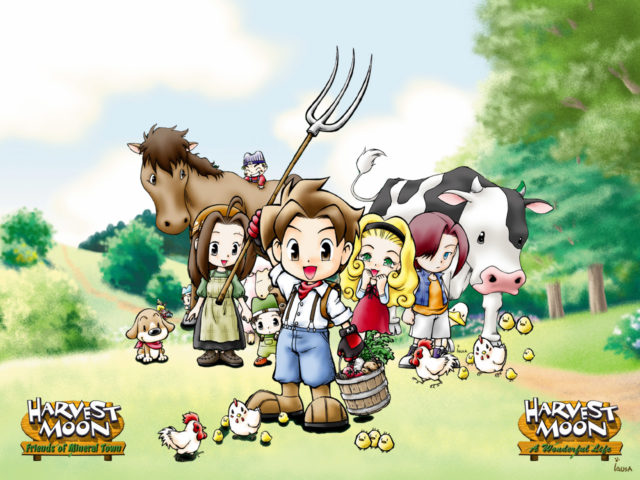 Harvest Moon is a farm simulation game developed by Amccus for the original Super Nintendo Entertainment System. The first game came out in 1997, and has since been updated and released for modern consoles. Harvest Moon was the first game to come out in the long running Story of Seasons franchise, which is just the new name for the Harvest Moon games. Harvest Moon follows a young boy who is in charge of running his father’s farm after his father has abandoned it. In the original game, you are locked to playing a young boy, but this was changed in later games. You play through the game maintaining the farm and growing various crops. What makes the game unique is the fact that certain crops only grow during certain seasons, so players must time what plants they plant. Players will receive a canister of water each day that refills in order to grow the crops.

Fans of Harvest Moon tend to appreciate the game for its relaxing qualities. This is a game that one can open up and spend hours on and feel a sense of accomplishment after the game has been closed. On top of that, fans tend to appreciate the farming simulator aspects. The game requires you to time out your crops and keep up with them daily. If you do not water your plants, they will not die, they just will not grow. The game has definitely evolved since its early stages, but Harvest Moon will always be a classic SNES game. If you enjoyed that version of the game, I definitely suggest checking out the 3DS version of the game as well as the Wii U version. So when making this list, I wanted to capture all of these key aspects that players loved about these games. So here are what I consider to be the best five games like Harvest Moon. 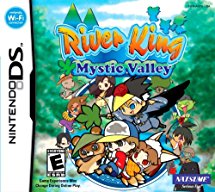 River King is definitely an adventure game that requires you to fish instead of farm. In this fishing game, you can purchase bait, new rods, and upgrade all of your resources. River King is very similar to Harvest Moons in terms of gameplay, the main difference being a change in the main theme of the game. I definitely recommend this game to anyone who wants a Harvest Moon style game. It is currently available for the Nintendo 3DS as well as the Wii consoles. 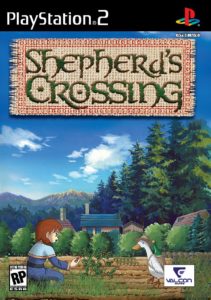 Shepherd’s Crossing is a Harvest Moon style clone that tries to emulate the main themes of the Harvest Moon series. In Shepherd’s Crossing, you simulate what its like to be a farmer. The game originally came out for the Play Station 2, but did not do well due to having lacking controls. The sequel came out on the Play Station Portable and the Nintendo DS and the game was much more successful. Just like Harvest Moon, you must make decisions on what crops you wish to plant and make the most money possible out of your resources.

Shepherd’s Crossing is definitely a Harvest Moon clone, but it definitely does it justice. You can form relationships with the townspeople and their relationship with you will determine your bartering prices and other aspects in the game. The gameplay is very non linear and you can control how the game goes. You can play the game at your own pace which is a good feature because it does not put any pressure on you to meet certain goals or expectations. The game is literally in your control and I think that is a great aspect that a lot of fans of Harvest Moon will enjoy. 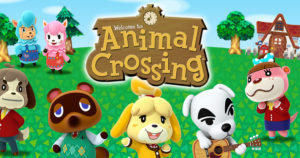 Animal Crossing is a community simulation game developed and published by Nintendo. In Animal Crossing, you live play as a human who lives in a village that is inhabited by animals (hence the name). These animals are living in the village and carrying out daily activities like shopping, fishing, hunting, etc. The game is known for having great open ended gameplay where there is no real objective other than to explore the village and make relationships with the villagers. Animal Crossing is one of the best selling Nintendo franchises of all time, selling more than 30 million units across the world. There are games available for practically every Nintendo system, so there will surely be one for you.

Fans of Harvest Moon will enjoy Animal Crossing for the simulation aspects of the game. As soon as you start the game, you are thrown into being the mayor and must manage the village making sure the economy is doing well. You can set up different goals for your town to work towards, including building bridges and new buildings. You can completely design your own house and decorate it as you please. Animal Crossing is very similar to Harvest Moon in the money making aspect of the game. Although you do not explicitly plant crops and make money off of just that, you are responsible for finding fossils, planting, and developing the economy for your town.

Recettear is a game that is very similar to Harvest Moon, just based around a different theme. Instead of managing a farm, you are in charge of managing a shop and choosing what items to stock in your store. This game is definitely a unique twist on the simulation genre and is definitely worth checking out for fans of Harvest Moon. The story of the game is there, and it is quite interesting. It basically boils down to you having to repay a debt to someone, so you offer to run their shop for them.

The gimmick about Recettear is that you must choose how to stock your store after purchasing items from the marketplace or finding them in dungeons. If you choose to go into the dungeons, you will be forced to fight off monsters and take the loot in these dungeons. Once back at your shop, you will have to haggle with customers to ensure you are getting a fair deal for your goods. Recettear features completely random dungeons, and a whole bunch of adventures to go on. I definitely recommend checking this game out if you are looking for a Harvest Moon like game, but not a definite clone.

Well, it wouldn’t be much of a list without having the best Harvest Moon clone on the list. Stardew Valley is without a doubt the game that is most like Harvest Moon. It is heavily inspired by the gameplay of Harvest Moon, and even adds some great twists for fans to enjoy. Stardew Valley follows a young man who inherits a farm after his father has abandoned it. You are responsible for cleaning up the farm and making it function and profitable again. In Stardew Valley, the game has different seasons in which certain crops grow in. Players are limited in the number of actions they can perform in a day, due to their energy meters.  Similar to Harvest Moon, you will need to find systems to use your daily energy to the most efficient rates.

Stardew Valley allows you to raise crops, have animals, explore the town, form relationships, and explore the local mine. The relationships that you form in the community are important and will impact the ending of the game depending on who you end up forming the best relationship with. The mine is a great addition to the game because it allows you to explore, kill monsters, and find minerals that you can use to either build with or sell for money. Stardew Valley is without a doubt the go to game if you want something that heavily resembles Harvest Moon in almost every way. It definitely does the original game justice, and I cannot recommend it enough.