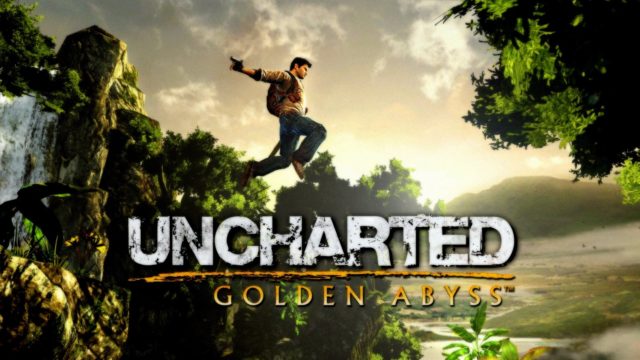 Uncharted is an action adventure third person game that was developed by Naughty Dog Games. Uncharted follows treasure hunter Nate Drake as he travels around the world and tries to uncover ancient historical mysteries. Uncharted is the first game in the series and was one of the most popular games the year it was released. The game goes all around the world and explores many different regions and challenges the player with platforming puzzles and many different enemies.

Uncharted is known for having tons of action that will keep the player entertained throughout the entirety of the game. There is also an amazing story that players will play through that follows a character that will grow through his adventure. The storyline is definitely a reason to check out the Uncharted series if you are looking for a decent story game. Bottom line, Uncharted is a very fast paced game that combines platforming elements with gun yielding bad guys to create an amazing game for everyone who plays it. 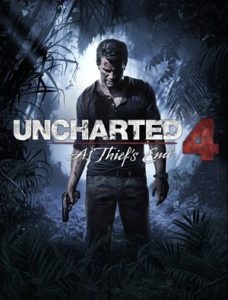 The most obvious choice for me is to check out Uncharted 4. It follows the same character as the first game, who has retired from the treasure hunting game, but decides to give it another go when he meets up with his brother and longtime partner. This time around, there is a mystery surrounding the disappearance of your brother, and there are clues as to where he might be. The game is produced by the same company that might the first game, so the game has only gotten better (in my opinion).

Fans of the first Uncharted game will enjoy this game (and all the games in between) because it is so nostalgic. It shares many of the same traits as the first game like the puzzles and the climbing and adventure. Uncharted 4 is like the original game on steroids because of the new technology that made the game even better. The scenery is so much more beautiful and the game just flows a lot more than the first one. This game in particular was the fastest selling Uncharted game in the series, and is known by many as the best one. I definitely think this is the first game you should check out if you are looking for that Uncharted feeling. 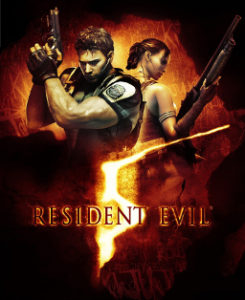 Resident Evil 5 is a third person shooting game that is brought to you by Capcom. Similar to Uncharted, Resident Evil 5 follows a unique character who finds himself in a weird situation. The entire Resident Evil franchise has built itself for being the best zombie games around. This game is no exception. The players will travel around the world investigating the involvement of a terrorist group to the zombie apocalypse. The game is very action packed and the story will keep players on their toes.

I think fans of the Uncharted games will enjoy Resident Evil 5 for how much action the game has. From start to finish, Resident Evil 5 throws enemy after enemy at you in the hopes of taking you down. There are many different weapons that players will find themselves using, each of which can be upgraded with the in game currency. I think the story is also something worth mentioning. The story will keep you addicted from the very beginning, especially if you are a fan of the Resident Evil world, or the previous games. Although it doesn’t have the same exploring and climbing aspects of Uncharted, Resident Evil 5 is definitely a game worth checking out if you are looking for some high intense gameplay. 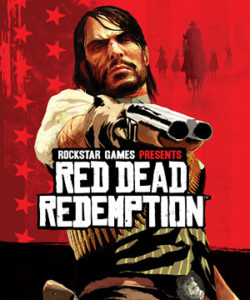 Red Dead Redemption is an open world western themed game that is developed by Rockstar Games. The game is set during the 1900s and follows John Marston, a former outlaw who has been coaxed back into the game after the government has taken his wife and child hostage, in exchange for his services. The game is an amazing game that is set in a beautiful environment and is filled with all kinds of amazing characters. The game is an open world game that follows a great storyline. Players will go all across the Western part of the United States by horseback or by foot.

Fans of Uncharted will most definitely enjoy this game for its story and action packed gameplay. Similar to Uncharted, Red Dead Redemption follows a character that players start off indifferent towards and by the end of the game, end up with a character that has developed and has fans attention. The game has western styled gun fights, so the shooting aspect of Uncharted is definitely present. Although there aren’t too many puzzles or too many climbing sequences, I think this game comes close to the Uncharted experience through its story and gameplay. 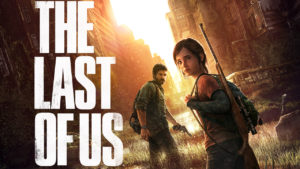 Developed by the same group that brought you Uncharted, The Last of Us tells a compelling story set in a zombie filled world. There is only one cure for the zombie virus, and it is inside the DNA of a young girl. You play as Joel, an appointed guardian to this young girl as you escort her to the government run hospital with the hopes of curing the entire world.

Fans of Uncharted will most definitely enjoy the Last of Us for its amazing story and connection the player gets to the characters. The game has an amazing story and the game is less like a game and more like a movie. The player is forced to go through the game in a relatively sneaky sort of way, using many improvised weapons. I think this game is a beautiful example of an amazing storyline and gameplay all rolled up into one. 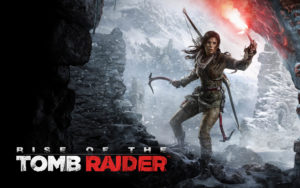 More specifically, Rise of the Tomb Raider is the best fit for an Uncharted game. The story also follows a treasure hunter, this time with a passion for uncovering the truth, regardless of where it takes her. The game follows the iconic Laura Croft and her journies to find out what is going on with a certain group planning on using an old immortality recipe. It is up to her to find the ancient city that houses this recipe and get it before it gets into the wrong hands.

I think Tomb Raider is the best example of an Uncharted game without playing the Uncharted series as there are the same sequences of climbing and exploring that appear in Uncharted. The game also has a touching story that will draw players to make connections with characters. I definitely think this is the game to check out if you want that exploring feeling coupled with amazing gameplay.