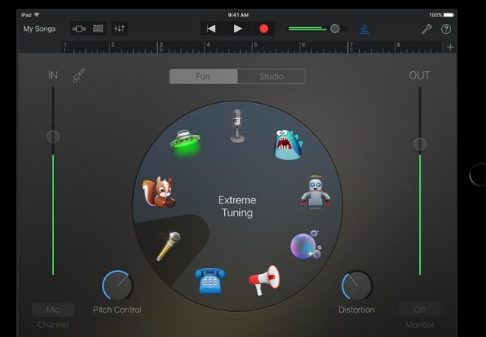 GarageBand has now updated to version 2.2 for iOS, and there are a lot of additions to this app that make it perfect for creating music. One of the featured additions includes the Alchemy Creative Synthesizer, which was put into Logic Pro X back in 2015. There is also a new sound browser added onto GarageBand 2.2, which will allow you to find specific sounds you are interested in as well as the instruments.

There are already more than 150 patches from Alchemy that are designed for Apple, such as music genres like Pop, Rock, and EDM. GarageBand can create synth performances now using the Transform Pad from Alchemy. There is also a new Audio Recorded, which allows you to get vocal effects by tapping once, and then use other features like distortion at the same time. There is also a Visual Equalizer that uses an interactive graphic, and you will find other processing tools for the professional GarageBand iOS users out there. 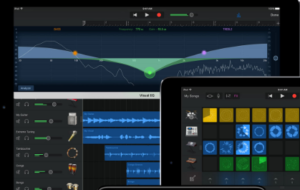 As far as Logic Pro X is concerned, it updated to version 10.3 on Mac, and there are new features here as well. There is Touch Bar support and a new interface. The Touch Bar features allow you to get to all of the navigation tools you need quickly. There is also Smart Controls on this update found in the Touch Bar. The Touch Bar also allows you to record instruments using the drum pads or piano keyboard, and you can play the instruments too. You can switch between various playlists using the Track Alternatives feature. There is also Processing that is selection based which allows you to now use third-party plugins or apply Logic.

Thanks to the integration of Logic Pro X with iOS, you also can add the tracks to your sessions from your iOS device. Whether you are on your iPad or iPhone, you can now share the versions or upload the versions to your iCloud, and then go back and forth between your Mac and iOS device using the Cloud services. You can begin a new recording on your iOS device, and then sync that with your Logic Pro X software on your Mac.

Apple’s vice president of Applications Product Marketing, Susan Prescott, said that this is another way to deliver music creation apps to users. Apple has always been enthusiastic about music and about getting music to the users, regardless of whether people are using a Mac or iOS device. The integration now will allow people to use both the computer and their iOS device to make and edit music, and then save their creations into the Cloud. Prescott also said that all of these new features are what people have been asking for, and it will be useful for both hobbyists and professional music creators.

You can get GarageBand for free if you have purchased a new iOS device, but if you have an older iOS device you will need to pay $4.99. You can find GarageBand on Mac too if you have purchased a new Mac, but you also can get it from the Mac Store for $4.99 if you are running an older Mac computer. You can get the Logic Pro X software from the Mac Store, but this one will cost you $199.99, which is why it is designed and aimed for the more professional or serious musicians out there.

The best part about this new update to GarageBand for iOS is that you have so many more features and abilities on the iOS app. This is great for people who rather be using their iOS device to edit and create music, and it allows you to more easily share the creations with others through the iCloud. Another cool thing is that you now have more choices regarding instruments and other sound effects that will help you make your music unique and a creation that only you could produce. You can head to the Mac Store or Apple’s App Store and pick up the new GarageBand app right now or you can wait for the over-the-air update to hit your iOS device as long as you have the app already downloaded on your iOS device.