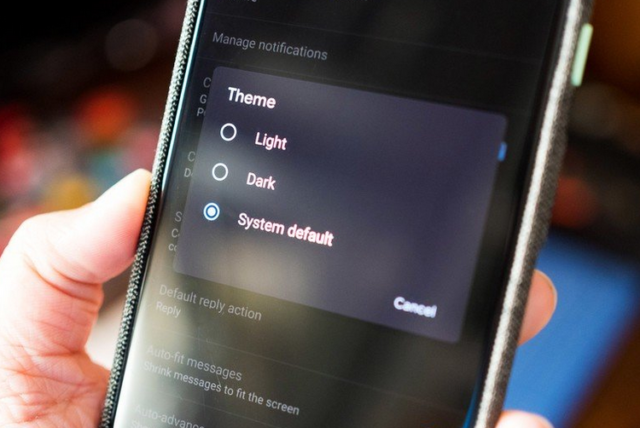 It’s been a long time coming, but the Gmail dark mode feature has finally started to roll out to everyone. Previous to this update, only a few people had dark mode available to them. Google started rolling out dark mode last month, although most people have to wait until now to finally get the update via a server-side change. We have all of the latest news about the Gmail update, so keep reading to learn more about this feature. 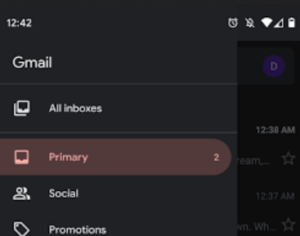 As for the most popular apps, Gmail is one of the last of the highly popular apps to bring a dark mode to everyone. The update is currently rolling out to those on both iOS and Android, which means you should see the update within the next couple of days.

If you’ve already received this update, you should definitely check out the Gmail dark mode function. You’ll only be able to get the dark mode if you have updated to the newest version of Gmail, so make sure you’re updated before you try it out. You can use the dark mode function if regardless of whether or not you have the system-wide dark mode enabled on your iOS or Android device. 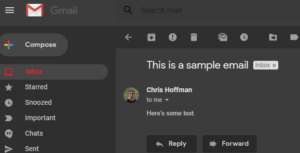 Click on “General settings” and then you will be able to change Gmail to either the light or dark option. You can also choose to just let Gmail run in the system default theme, which would be the system-wide option on your iOS or Android device.

Getting to the Gmail Android App Dark Mode on iOS

If you’re on an iOS device, you will also be able to easily access the new dark mode function. Make sure you are on iOS 13, and then choose to either automatically enable dark mode system-wide or do it manually for the app. If you want Gmail to manually enter dark mode, just go into the Hamburger menu and then click on the “Settings.” From there, you will need to click “Theme” and then choose “Dark” to begin dark mode on the Gmail iOS app. 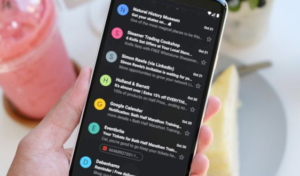 As we’ve mentioned, the update to Gmail on both iOS and Android is still rolling out. This means that if you don’t see the dark mode option yet, don’t worry as it may take a couple of days to hit your device. This update is rolling out much quicker than before, so it should just be a matter of time before you see it. If you don’t want to wait for the update, then head to Apple’s App Store or even Google Play Store to manually download the newest Gmail app right now.

Once you’ve checked out the new dark mode, we want to hear what you think about it. Do you like that more and more apps are updating offering the support for system-wide dark mode? Is the system-wide dark mode something you will use regularly or just every once in a while? What else are you hoping comes as a system-wide option on iOS and Android?