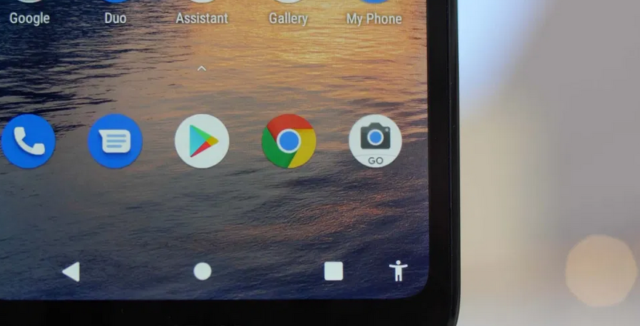 You’ve probably heard about the “Go” versions of Android before, and we’ve certainly talked about it a few times. There is now a new “Go” version and this version is for Gmail. We’re very excited about this new Go app option because it’s just another app that people will be able to use on those lower-end Android devices. Google just released Gmail Go on Google Play Store, which means anyone can download and use this app regardless of device or location. Read on to learn more about what Gmail Go is all about and who it would benefit the most.

Google started the “Go” versions of both the Android operating system and various apps a while ago. These versions are geared towards people that have lower-end Android devices and take up less room than traditional apps or Android operating systems. Google has released Gmail Go on Google Play Store, which means anyone with an Android phone can download it. This version is trimmed down just like other Go apps have been and it offers better performance on those lower-end devices.

If you head to Google Play Store and look up Gmail Go, you’ll notice that it looks very similar to the app listing for the regular Gmail app. Google has mentioned within the listing the difference between the two, saying Gmail Go is much lighter but still just as quick. Looking at the app icon, you will see that the “Go” badge can be found on the bottom and it’s in red.

You’ll notice when you open up the Gmail Go app that it looks the same as the regular Gmail app does. The user interface is the same. The various features and settings can be found in the same locations they are in the regular app. It’s important for both the Go version and the regular Gmail app to be the same visually since that’s something Google has been working on over the past several months. Google has wanted to maintain a certain level of consistency throughout the various platforms so that it’s all visually the same.

You’re going to have both right and left actions that you can swipe to activate and they are customizable as well. If you’d like to organize your inbox a certain way you can do that in Gmail Go, and you also can have multiple accounts. It’s just like the regular app in that regard and there’s only a couple of differences between the apps.

Gmail Go doesn’t have Google Meet integrated into it and it’s unknown if or when that will happen. For you as a user, that just means you won’t see that bar on the bottom. We also don’t know if Google Workspace will end up working out without the Meet integration and bottom bar.

We also wanted to note that one difference you will notice is that the elements in the user interface are not elevated in the Go version. There is no shadow or layering and instead, it’s just a white outline and the FAB that says “Compose” which is elongated. The “Compose” FAB does shrink when you scroll and becomes a circle, so that part is similar.

Are You Using Any “Go” App & Do You Agree Performance is Better?

One thing with the Gmail Go app is that you can tell a bit of a lag exists because of the cap of the frame rate, although it’s not too much of a lag when scrolling. Lower-end Android devices have less RAM and a more basic processor, which is likely why there is a frame rate cap. There are many iterations of Go apps available now, including Assistant, Maps, YouTube, Navigation for Maps, and Gallery Go. You can add the Gmail Go app to that list and you’re free to try it out right now if you want to through Google Play Store. 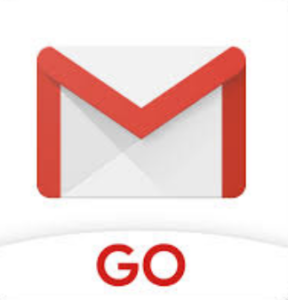 Once you’ve tried it out we want to hear from you in the comments below on if you like using this version over the normal version. What makes Go apps stand out to you and do you think Go versions run better than regular versions on lower-end Android devices? We love having the option to go to the Go version if needed of an app, although most people shouldn’t need to change to Go. If you’re on a lower-end Android device we want to know which Go apps you use most often and what you like and dislike about them.