We’ve got great news for you if you have an Android TV because Google just released an update to the built-in Chromecast app. You will now be able to get your Android TV to work with all speaker groups, and this support should be coming to all Android TV devices.

As you likely know, creating a speaker group is one of the coolest features of Google Assistant and the related ecosystem of Google devices. The ability to add or create a speaker group means that you will be able to play any and all kinds of music throughout your house. Read on to learn more about this new update to the built-in Chromecast app that’s found on Android TV devices.

We’ve already received reports of people being able to use this new functionality, although they seem to all be on the NVIDIA Shield models of Android TV. We expect that this functionality and support for speaker groups will hit even more Android TV devices as the week goes on. If you don’t see this ability on your Android TV yet, don’t worry since updates like this one seem to go out in phases. You should see the update within the next week or two if you haven’t seen it arrive just yet.

A lot of people hate to wait for updates to slowly trickle to the various Android TV devices since it can take a couple of weeks for everyone to get the update. If you’re one of these people that hates waiting, there is a trick that you can try to get this functionality and support even faster. You can simply head to the Google Play Store and search for the built-in beta for Chromecast. If you go there and then join the Chromecast built-in group for beta testing, you’ll actually see the update hit your device within a few hours.

We have been waiting for Google to bring this feature to all Android TV for quite a while now, so we’re happy it finally happened. It’s thought that Google decided to do this now because of the Chromecast Ultra second-generation that will be coming out soon. With the first-generation Chromecast Ultra, speaker groups were supported. It makes sense that Google would now support speaker groups on Android TV so that the second-generation will have improved features and functionality.

Are You a Fan of the Speaker Groups & Do You Use It?

In the comments below, we want to know whether or not you use Google Home products. We want to know which devices you use and whether or not you use the speaker group option to play music throughout your home. Are you someone that enjoys listening to music throughout your house or do you still prefer earbuds for personal music listening? Do you currently have an Android TV and if you do, which Android TV do you own? 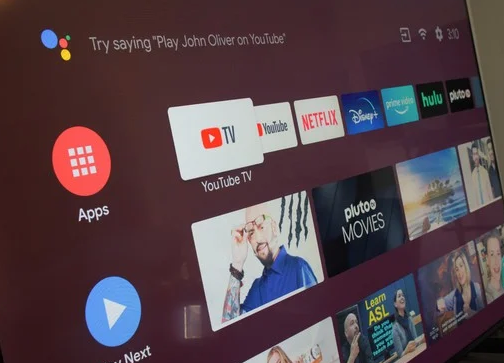 We also want to know whether you have signed up for the built-in Chromecast beta opportunity. There are a lot of beta opportunities available on both iOS and Android, but it’s really easy to get into the beta opportunities through Google Play Store. It’s one way to get features before anyone else, so is this something you are into? Leave us a comment below and tell us what you think about beta opportunities and the new speaker group support for Android TV.