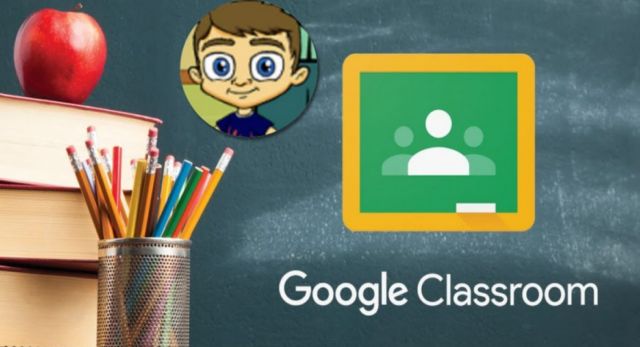 You’re probably tired of hearing about the coronavirus by now, but it’s hard to get away from this pandemic when it’s impacting every aspect of life for millions of Americans. One way that coronavirus has changed life is that kids are learning virtually now instead of being in the classroom. Due to the change in how children are being educated, the Google Classroom app has become the number one education app. This app has surged to the top spot on both iOS and Android since it’s one of the best apps for both teachers and students.

AppBrain tracks various apps and tracks their positions on both iOS and Android and that is where this report comes from that shows Google Classroom on top of the world. The most interesting part is that it was just a blip on the radar earlier this month. 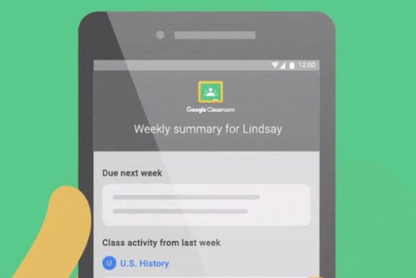 This app wasn’t the most popular in early March and wasn’t even in the top 100 education apps on either mobile platform. A couple of weeks ago, schools began to close down and everyone turned to virtual learning instead of physical classroom learning.

With the change in how we have to educate our kids, apps have become a go-to in order to connect the kids with their teachers. Google Classroom quickly began to rise and on March 10, the app ended up in the top five in the United States. That’s pretty amazing for an app that wasn’t even in the top 100 just a week before that. Google Classroom isn’t just seeing a boost in downloads in the United States. It’s surged in other places as well as the coronavirus rages on. It’s gained quite a bit of popularity in Poland, Italy, Canada, Mexico, and Indonesia as well.

Google Classroom has already passed 50 million downloads just on Android alone, which is pretty amazing. We don’t know the numbers on iOS since Apple doesn’t release this publicly, but it’s also number one in education on Apple’s App Store as well. Just knowing that information we can gauge that this app has exceeded 100 million downloads on mobile since the beginning of March. It’s the most popular in education and it’s also free which makes it even better.

Google Classroom is free for those with a Google account and is also free for non-profits and schools. Using this app, you can stay organized with assignments, teachers can distribute the assignments virtually, and also communicate with one another. If a student has a question, it can be asked in Google Classroom or if a teacher wants to provide direction to students it can be done in the app too. It’s a great app that allows students and teachers to communicate so that everyone is on the same page.

Is Your Child Using Google Classroom for School?

What’s really cool is that the teachers are able to simply share the code in order to get everyone from their class into the virtual Google Classroom. Kids also can just be added directly, and there are no advertisements in Google Classroom. Google Classroom is part of G Suite for Education which means it’s free and never shares or uses student data or content for any purposes. 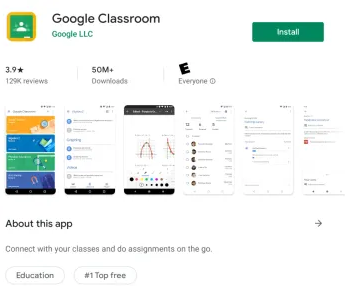 While there are many different virtual classrooms and ways that teachers can interact with students right now, the surge in downloads of Google Classroom shows that it’s one of the most popular among educators. We want to know in the comments below what app or software your child is using to connect with the teacher and stay engaged in school work.

Do you think that apps such as Google Classroom should be utilized more often, not just for now during the coronavirus pandemic? Have you used an app like this before and do you think it’s easy to learn virtually? As a parent, how has coronavirus changed your family and changed how your child learns? We also want to know what other educational apps you’ve downloaded to keep your child engaged during this time of school closures,