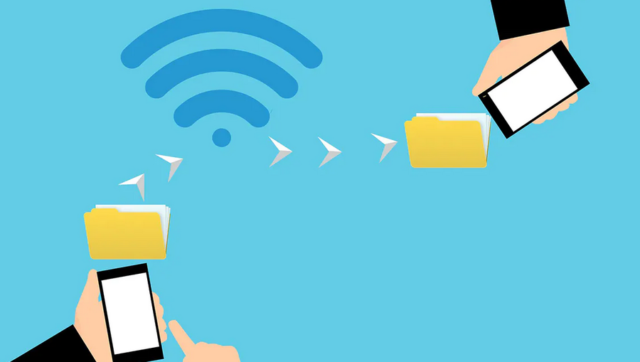 Google Fast Share is the Google alternative to Apple AirDrop, although it hasn’t actually launched yet. We have learned that it’s progressing quite well, and we have some pictures that show the progress of Fast Share. There is now a new Share sheet as well as a completely revamped settings menu. Keep reading to learn more about Fast Share and the new details we’ve learned over the past couple days.

Fast Share is looking to be the main competition for AirDrop, but we still haven’t heard when it’s going to be released. While it’s still being developed by Google, we’ve learned some new details about Fast Share in terms of how it’s progressing. The main difference between Fast Share and AirDrop is that Fast Share will use Bluetooth and it’s enabled through the Google Play Services. You will be able to transfer files to another device wirelessly since Fast Share allows Android devices to talk to each other.

There are some new settings with Fast Share we wanted to talk about, including that there is now an account switch option available. This option is great because it means you can quickly go between Google accounts if you have both a work and personal account. That’s not the only change though, as Google is working hard on making improvements to the share sheet.

The share sheet has been revamped too, which we are happy to hear about. Some of the changes include the ability to customize the device name and also customize your own visibility. Beyond that, share sheet will tell you targets nearby when it comes time to share.

This could be targets such as those with Android phones or nearby Chromebooks. The Wear OS products will also be shown as nearby targets, and the iPhone is also included. We don’t know how many devices are going to be supported though since Google only listed some options and it’s not a finished feature right now.

One issue that plagued share sheet was the fact that there could be situations of unexpected sharing. To get around this particular issue, Google is adding a PIN feature for file transfers. This means that you will only be sending and sharing files that you intentionally mean to send. This should help ease concerns with accidentally sending or sharing files.

Are You Excited to Try Google Fast Share in the Future?

The user interface for sending has also been revamped and it’s a lot more compact now than before. While the receiving interface seems to be the same, the sending interface is noticeably different since it’s floating at the bottom now. We are hopeful to get more information about as it gets closer to release. This is basically all of the new information we’ve learned at this point.

While some of the details are still limited since it’s is still in development, we’re excited about the future of this capability. There’s going to be a lot of situations where it will come in handy, especially when it comes to work and school. Friends will also be able to share files and photos wirelessly with this new option.

In the comment section below, we want to know if you are excited for Google Fast Share. Do you think this new option is going to be similar enough to AirDrop to actually be competition? Are you someone who would be using Fast Share as a way to transfer and share files with friends, family, and co-workers? What types of situations do you to see yourself using Fast Share? If we hear more information about Fast Share, we will be sure to share that with you in the future, so stay tuned for more details.