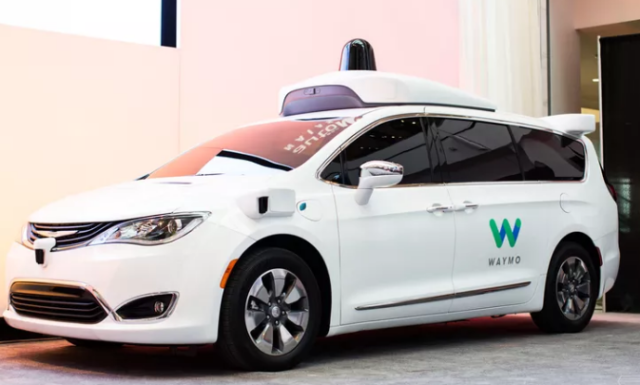 When it comes to self-driving cars, Google has made itself quite a few throughout the years. These self-driving cars have driven a lot of miles through the years, although Google has yet to make these autonomous cars commercial. Now, Google has filed some patents for driverless cars that could spell doom for companies like Uber.

Apps like Uber are very important for both people who use iOS and Android. Uber is one of the best driving services out there because it uses the GPS of your iOS or Android device to get a driver to you within just minutes. Google is now rumored to be working on a ride-sharing network using autonomous or self-driving car, and this would compete directly with ride-sharing apps like Uber and Lyft.

The patent applications were first noticed by Patent Yogi earlier in the month. The specific patent application basically would allow autonomous cars to determine pickup and destination locations. Google wants these self-driving cars to operate fully while the passengers are just sitting there only providing basic input. The basic input would be destination location or pickup location, and then the autonomous car would take over from there. The issue is though, not all locations are really safe for the self-driving cars, such as in emergency vehicle lanes or construction zones. These are some areas where a human is much safer on the roadway than a self-driving car. 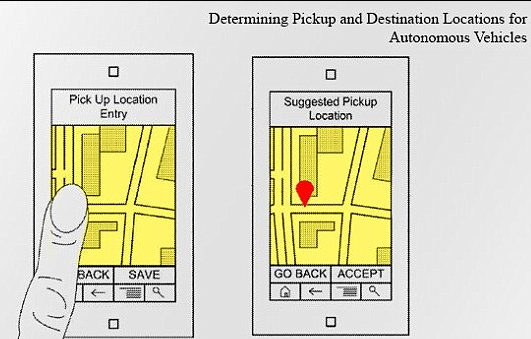 Google knows there are places that are not accessible or safe for the autonomous vehicles to travel, and the company is making an effort to change that within the patent application. Google has it put down as there will be a central dispatching system, which would suggest locations. These suggested locations will be used to give the self-driving cars ways to make safe pickups and drop-offs. This might include nearby locations from where you want to go or are being picked up from if that area is deemed unsafe for the autonomous cars to travel.

So for example, if you wanted to be dropped off near a construction zone, the dispatching system will tell the car to drop you off maybe a half-mile down the road. Google would be using various applications through the car and your smartphone to provide you with the most accessible and safest way to get from point A to point B, similar to that of Uber and Lyft. When it comes to Uber, it uses transit-focused products and carpooling to get people from point A to point B when there is a situation where there is a safety issue.

In terms of Google’s self-driving cars, it is going under the name Waymo. These fleets are still in the testing phase, although there will be some cars coming to Phoenix and Mountain View at the end of the month. These self-driving cars coming to Phoenix will be made as a Chrysler Pacifica for now. The Chrysler Pacifica cars are going to be out in Phoenix by the end of this month, which is pretty cool. Both Chrysler and Waymo are going to be launching a ride-sharing service of their own in the next couple months, which will compete with both Lyft and Uber iOS and Android apps. These two new ride-sharing services are going to work by using Google Waze for both the traffic information and the mapping services.