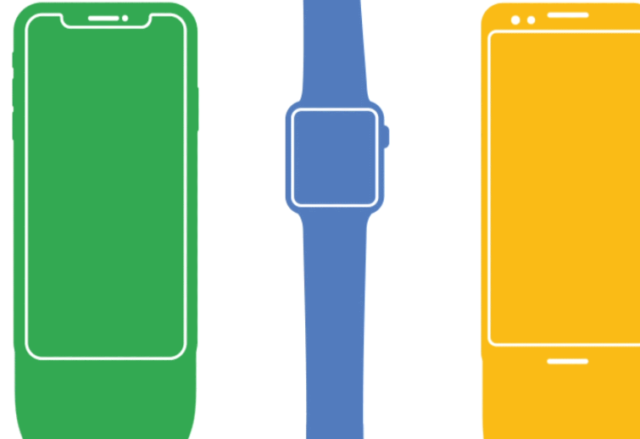 Exciting news coming from Google this week as it was announced Google Fit is now available for iOS. Google Fit as you might remember is the fitness tracking app that Google produced and launched on Android about five-years ago.

It’s been a long time coming, but we finally have the ability to download Google Fit on iOS. This is great news for people who own multiple devices and would like to keep track of the various health details in one place. Read on to learn more about Google Fit and the new app available for those on iOS.

We are very glad that Google finally decided to release a Google Fit app for iOS. This fitness tracking app has been available on Android ever since 2014. We figured that within a couple years Google would release a similar app to iOS. Little did we know, it would be around five-years later when Google launched the app for iOS. For people who used Google Fit on Android, trying to get the data onto an iOS device was very tedious up until this week. 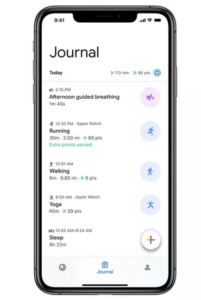 Previously, you would need to have a Wear OS device and then head into a part of the Wear OS app in order to get this Google Fit information onto your iOS device. If you didn’t own a Wear OS device, then you would just have a blank section and couldn’t upload or send that data to iOS. Now, you will not have to worry about trying to figure out how to get your Google Fit data on iOS through some convoluted method.

If you have been using the app on your Android device, then you will know what the iOS version is all about. The iOS version of the app works just like the Android version and looks very similar as well. You will be able to connect Google Fit to other apps on iOS such as the Sleep Cycle app in Apple Health. Headspace and Nike Run Club will also be compatible with Google Fit and you can sync up the data between the apps. 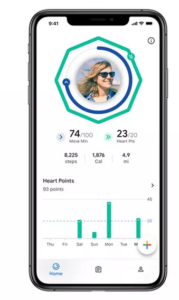 On iOS, you will be able to do many different things just like you can on the Android version and the main focuses of the app are the same too. This version will focus on Heart Point and Move Minutes. You will also notice that the app can pick up on the activities you are doing just based on the movements you are making. It’s a pretty cool ability and it allows you to focus on just moving and not worrying about inputting the information into the app.

Some people on iOS are even using their Wear OS watch and their iOS devices so that it crosses over easier. The movement will be coming from the Health app Apple has or the movement is coming from the Wear OS smartwatch. Apple Health tracks this movement data already, so we aren’t sure of the incentive to switch to this particular app unless you are someone using multiple devices.

With Google Fit, the recommendations for your goals are automatically calculated from those from the World Health Organization and the American Heart Association. This means you should be getting a weekly dose of 75 minutes of vigorous activity. 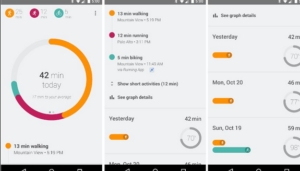 The recommendations are also that you get a weekly amount of 150 minutes of moderate activity. Move Minutes are how long you were actually active whereas the Heart Point are based off the intensity of your movements and activities. These two metrics together are used in Google Fit to close off the rings once you hit the recommended goals.

The new Google Fit app for iOS is a standalone app, which means you will not need a Wear OS smartwatch in order to use it. If you have an Apple Watch you can now use Google Fit and it’s free on Apple’s App Store beginning now. Once you have tried out this app on iOS, we want you to come back here and tell us what you think about it. Do you think you will be using Google Fit on your iOS device or will you stick with Apple Health? What other fitness apps that are on Android do you hope make it onto iOS at some point in the future?