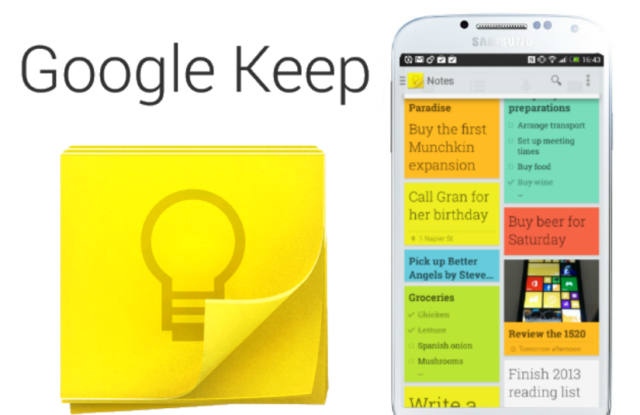 Google Keep has been updated this week, which is surprising news given that this note-taking app hardly ever receives an update. This app has updated with a new Material Theme bottom bar. The inset FAB is also a part of the Google Keep Material Theme update, which is really cool. We’ve got all of the latest information about this Google Keep update below.

We don’t have a lot to tell you about Google Keep except this update brings the Material Theme bottom bar and it also has the inset FAB. While this might not seem like much to some people, it’s actually a pretty decent update considering this app rarely ever receives an update of any kind. It’s not a major update, but it does modernize Google Keep and helps organize the note-taking app. 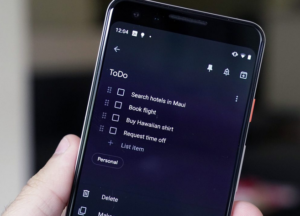 You may remember what Google Keep looked like before this new update, with the “Take a Note” section being on the bottom bar on the left-hand side. When you clicked this, it would then open a blank screen and then on the right-hand side were various shortcuts. These shortcuts included things such as adding images, adding audio recordings, creating new lists, and adding drawings. With the new Material Theme update with the inset FAB, these items have now moved.

The four colors with the plus sign is similar to how other G Suite apps work, such as Calendar and Gmail. The button inset makes everything more organized and less cluttered. Not only that, but it also is more visually appealing and makes it all much more prominent in the app.

If you check out the new Google Keep update, you may also notice the change to the bar at the bottom. The bar itself is now more transparent and also will stay docked while you are scrolling, which is definitely a good thing. We love this change because you don’t have to see the text on the bottom part of the screen. This gives you a lot more space when it comes to performing actions and we also really like that the action button floats in a ubiquitous manner.

How to Get Google Keep Material Theme Update Right Now

If you are someone that uses the note-taking app Google Keep, then you should definitely download this rare update that’s available right now. Your Android device might automatically update to this new version, but some people may prefer to download the update manually.

You can go to Google Play Store and lookup Google Keep to find the newest version. For your reference, the newest version of Google Keep is version 5.19.451.03.40 if you are on an Android device. This is a server-side update, so if you don’t see it on your device yet, it should roll out sometime within the next week.

What other features are you hoping to come to Google Keep in the future if Google decides to start up regular updates for this app? If you don’t use this app for note-taking, is a reason due to the lack of regular updates and additional features? Let us know how you feel about Google Keep in the comments below. If you have another note-taking app recommendation, we also want to know about that below as well.