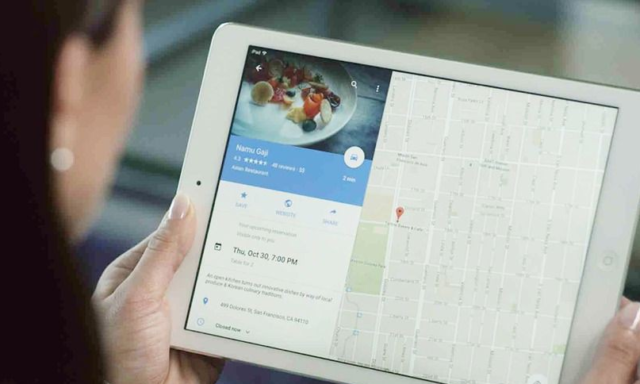 While it is cool that the Google Maps iOS app update now has waiting times, there is a downside here. The biggest downside is that these are average wait times at any given time of the day. You are not getting the actual wait time, so that could end up throwing a wrench into your plans every now and again. 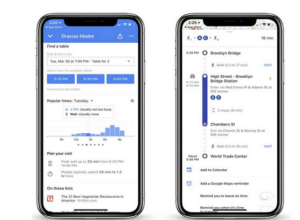 Even though the wait times are not in real-time, it is good to see that you can at least figure out what to expect. If you are trying to find a restaurant and they do not have reservations, then this would be a good time to utilize this new feature. Sometimes even a spur-of-the-moment event could lead to to using this new feature to get an idea of where you should go.

The new version of the Google Maps iOS app is version 4.47, which should be rolling out right now. Beyond the new waiting times feature, there are also a couple of other useful new additions. For one, you will be able to see more information about the public transit. Useful information that has been added includes what entrance that you need to use. Many different cities now have this new feature including Los Angeles, New York, Moscow, Paris, and Hong Kong. Budapest, Madrid, Singapore, Delhi, Taipei, and even Kiev are locations supporting this new feature.

There are also other new features available on the Google Maps iOS update version 4.47. In the update, we also see that there is a new wheelchair accessible option available. When you are using public transportation, you can now see which locations have a wheelchair accessible route. This could definitely be a useful feature for people who need to look up the locations that support wheelchairs. Even better, the new update brings the ability to sort and search through reviews. The review process and searching is more intuitive now than it was before. Finding these reviews for specific restaurants are now much simpler, which is a great thing too. 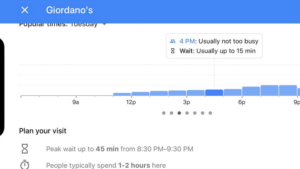 These are some pretty cool updates that should help you increase your overall productivity. No longer will you need to search through a ton of reviews to find a specific restaurant. You will be able to location the public transportation options that have a wheelchair accessible ramp. The update brings the ability to also see average wait times for those restaurants you might want to visit, but did not make a reservation.

All of these new features in the Google Maps iOS app will make your life much easier, and it allows you to do more from within the app itself. You can find the new update rolling out now to iOS devices. If you still do not see the update on your iOS device, then head to Apple’s App Store and download the newest update right now. Tell us in the comments what you think of these changes. Are you happy that there is now the ability to see wheelchair accessible public transit? Do you think the average wait times for over a million restaurants is a good idea? What else would you like to see added in a future Google Maps update? Share your thoughts and opinions below because we want to know what you think.