If you own an iOS device, you might be happy to know that Google is increasing security for those using Google apps on these devices. Google is starting to slowly roll out cross-app security alerts on iOS.

The new security alerts will work across any Google app you have on your iOS device. This is going to be an account alert and it will let you know if there is a security-related issue with the Google account you’re signed into. Keep reading to learn more about this new enhanced security feature that Google has been working on for a while, which is now rolling out to users.

We’ve all had instances by now where you’ve gotten an alert in your email about a possible security breach, but sometimes we don’t see those emails right away. In order to better protect your security while online, Google has made a few announcements that will protect you and your Google account. The biggest part of the announcement is that Google is releasing a new security alert that will pop up if you’re in a Google app on your iOS device. You can see what this new security-related alert looks like by checking out the image below. 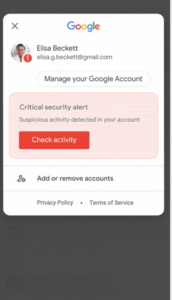 This new security-related alert will tell you if there’s an issue involving your Google account regardless of which Google app you are using at that moment. If Google is able to detect the security-related issue, the company will notify you immediately with a pop-up alert. It will work if you’re in Maps, YouTube, Gmail, or another Google app on iOS. For a lot of people, this new alert is going to be very useful and it’s going to allow people to quickly change their password if a vulnerability has been detected.

While Google does plan to roll out all of the new security-related features to everyone, at first it’s only going to be available to those on iOS. It’s a limited rollout meaning that some people will have to wait a week or two to see the new security alerts and features. Early in 2021, Google will expand the new cross-app security alerts to other iOS users and then to Android. 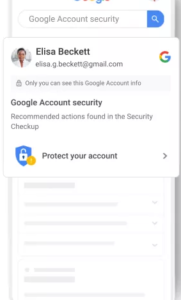 If you want to turn it on, once it’s released all you will have to do is say a phrase like “Google, turn on the guest mode” and there you go. This feature is coming sooner than later with the rollout scheduled in the next few weeks. Guest Mode is going to hit Nest speakers and also displays. We are hoping that more devices in the future will be able to support Guest Mode, but for now, it appears it’s only Nest.

Another addition we wanted to talk about is the new way you can access your Google account privacy and security settings. You’ll now be able to search for the setting you’re looking for just by saying something similar to “How secure is my Google account” and it will show you what your settings are for your Google account. This feature is rolling out right now and we’ve included images of that new feature as well. 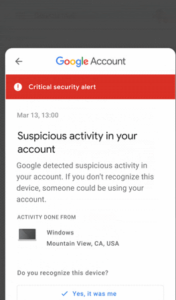 The Safety Center is also being updated online and it’s going to tell you more information about the tools and privacy found in all Google products. There are 13 Google products in all that have this information such as YouTube, Pixel, Android, Gmail, and Chrome. In the future, more products will be added but the 13 most common Google products are listed. It’s now available to those within the United States with other countries being added soon.

We want to know in the comments below what you think of all of these changes to Google security. Do you like the fact that there will be cross-app security alerts that will tell you if your account has been accessed by someone that isn’t you? Are you someone that uses a lot of Google apps on your iOS device? What do you think about the new Guest Mode and is this a feature you’ll be using often? What else do you think Google can do to enhance and protect your privacy while using Google products and services?