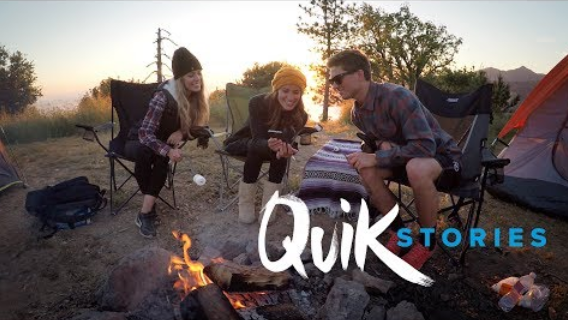 If you have the GoPro app on your iOS or Android device, you should know about the new QuikStories feature that has been added. The new feature was added to the redesigned and rebranded GoPro app which is now just known as GoPro. GoPro will work with the Quik app, and QuikStories is specifically for people who are using the HERO5 camera. QuikStories will allow you to share your memories, videos, and experiences similar with how the Memories feature works on iOS. 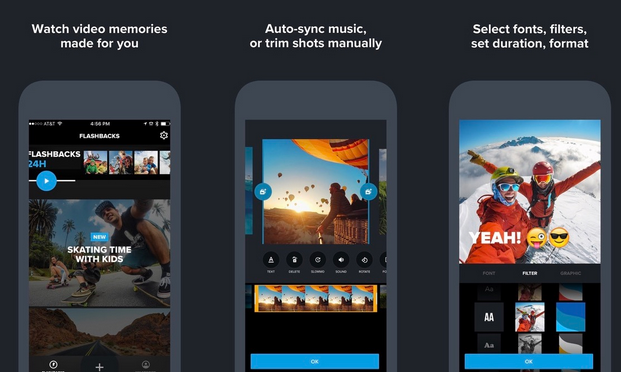 QuikStories will take the videos that the user has captured and then turn them into shareable videos on your iOS or Android device. This means that you will not need to edit the footage any longer if you are trying to get shareable clips. QuikStories will do all of that for you and then you will be able to share those clips via Instagram or Snapchat.

If you want to use the QuikStories feature, you will need to open the GoPro app and then go to the Home Screen. Once you pull that screen down, you will see that the newest footage you took will be copied. You will be able to make your QuikStory because both the GoPro app and the Quick app will be working together without you needing to go in between them both. This will save you a ton of time since you no longer will be the one going back into one app and then the other app. This is definitely going to change things for both iOS users and Android users of GoPro. 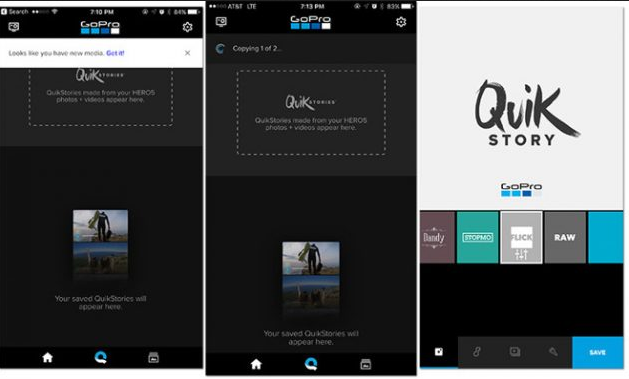 You also will be able to add speed effects, slow motion, and text if you want even more customization. You can edit the length of the videos, choose soundtracks, and add alternate filters as well with the QuikStories feature. You will also notice that you can now import your own music into QuikStories too, whether it be from Google Drive, iCloud Drive, Dropbox or another service.

The transitions will be synced up to the song beat, which is really unique and creative. GoPro will create the QuikStory automatically, so you can get out of the app if you want while this process is going on. Once the process has finished, you will get a push notification when the QuikStory is ready. From there, you can email your video, share on WhatsApp, Instagram, Facebook, Snapchat, and many other social media sites.

If this sounds interesting to you, you can download the GoPro app for both iOS and Android right now for free. If you have the app already on your Android or iOS device, you should see the updated app downloading onto your device in the next couple days if you have the automatic update option enabled. Remember, that if you want to use the new QuikStories feature, you will also need to download the Quik app on your iOS or Android device too.